Emanuel Navarrete has just defended his WBO junior featherweight title with a fourth-round TKO of Juan Miguel Elorde in the final preliminary bout. The Mexico City fighter, making his second title defense in four weeks and third since May, dropped the grandson of Filipino legend Flash Elorde with one second left in the third before referee Russell Mora correctly intervened at the 0:26 mark of the fourth.

That means Fury and Wallin should be making their ringwalks imminently.

Tale of the tape

Here’s a look at how Fury and Wallin match up ahead of tonight’s main event. The Swede is roughly a 10-1 underdog in the contest, a nod to Fury’s superior class of competition as much as his reach and height advantages.

Jose Zepeda has just won a unanimous decision over former two-division champion Jose Pedraza to spoil Pedraza’s junior welterweight debut. All three judges scored it 97-93 for the California southpaw, as did the Guardian. The final undercard fight of the evening is next as WBO junior featherweight world champion Emanuel Navarrete defends his title against Juan Miguel Elorde. After that, Fury and Wallin will make their entrances.

Good evening and welcome to tonight’s heavyweight showdown between Tyson Fury and Otto Wallin at T-Mobile Arena. The Gypsy King is back in action on the Las Vegas strip for the second time in four months following a June blowout of no-hoper Tom Schwarz at the MGM Grand in the first fight of his newly signed co-promotional deal with Top Rank. The unheralded Wallin, who is unbeaten in 21 professional fights against mostly unknown opposition, isn’t expected to put up much more in the way of resistance. But everyone’s a dreamer after Andy Ruiz Jr’s shock upset of Anthony Joshua earlier this year and the stout Swede would like nothing more than to stir up the echoes of Ingemar Johansson and spoil Fury’s plans of a rematch with Deontay Wilder that’s already been penciled in for early next year.

Fury (28-0-1, 20 KOs) ended Wladimir Klitschko’s decade-long title reign with a dull but effective display in Germany four years ago, only to surrender all the belts during a 31-month layoff where he underwent a public bout with mental illness and ballooned from 260lbs to nearly 400lbs. These days the official titles at heavyweight belong to Wilder, who’s owned the WBC’s version of the championship since 2015, and Ruiz Jr, who captured the WBA, WBO and IBF straps from Joshua. Yet one could argue Fury’s claim to the mantle of world’s best heavyweight is purest as the lineal champion: the so-called man who beat the man who beat the man.

Tonight marks Fury’s fifth “defense” of that nominal title he won from Klitschko and he’s down to his lightest weight since that night in Düsseldorf, coming in at 254.4lbs at yesterday’s weigh-in. That’s down from 263.5lbs against Schwarz in June, 256.5lbs against Wilder in December, 258lbs against Francisco Pianeta last August and 276lbs against Sefer Seferi in June 2018 in his comeback fight.

Wallin (20-0 with 1 NC, 13 KOs) has had a quite an up-and-down time of it during his brief time in America. Showtime was trying to build him up earlier in the year as a potential opponent for Wilder, slating him in the co-feature of the Claressa Shields-Christina Hammer card in Atlantic City, but he was forced to settle for a no-contest in his US debut after opponent Nick Kisner suffered a cut from an accidental clash of heads in the first round of their scheduled 10-rounder. Then a July date with gatekeeper BJ Flores was scuttled on the day of the fight when it was revealed Flores was denied a license after medical tests. But what appeared to be a hard-luck year for Wallin turned around in a hurry when he was given a shot at Fury. Whether the opportunity has come too soon for the Swedish prospect, who’s never been in with an opponent of Fury’s class, remains to be seen.

The fighters should make their ringwalks about an hour from now. Plenty more to come between now and then.

Rob Holding responds to rumours Arsenal could sell him this summer 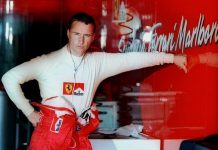