Look out for smoke and mirrors in Las Vegas. Tyson Fury has spent his entire career winning by trickery and bamboozling his opponents. Why change now?

The idea that Fury is going to walk out guns blazing looking for the early knockout is a ruse to confuse and disrupt Deontay Wilder’s thinking.

The way Fury wins is to do what he did the last time, which in the view of most, bar the judging panel at ringside, was more than enough to succeed.

To change his approach now actually puts himself in danger since it plays to his opponents strengths.

I don’t think Wilder has improved since the last time. What has been given a boost is his confidence.

Wilder was seven rounds down against Luis Ortiz. But all he needed was a nano second.

The method to combat a puncher goes back to the year dot. You don’t let him hold his feet.

You must be always on the move so that he has to keep resetting to try to land the big shot.

This is exactly what Fury did. He stuck his jab in his face, hit him with loads of punches on the end of his long reach and kept himself mobile.

What he must not do is get involved in fisty-cuffs. Fury has never been a puncher. He doesn’t need to be.

At 18, 19, 20 stones you need only turn your weight over at speed to destabilise your opponent.

Don’t change the habits of a lifetime. Don’t decide you are suddenly going to have a fight.

Whilst Fury might have a bit more success, hurt Wilder a little more, he would in fact be increasing his opponent’s chances.

Just look at their records. You can see who the lethal puncher is. Fury’s game is to jab and move, to frustrate, and when Wilder gets close, claim him, turn him around and walk away.

To win Wilder has to be more active. He has to take away Fury’s jab by throwing his own 50 percent more.

As soon as he touches anything, be it Fury’s shoulder, top of his head or his glove, he has to fire off that right hand like a rocket. 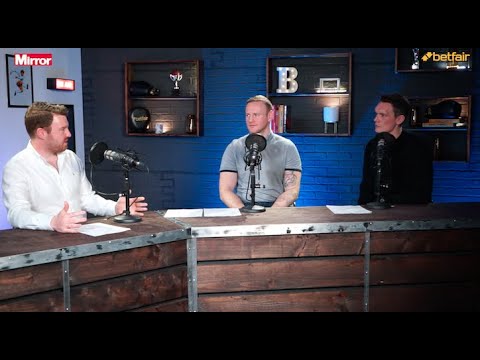 It’s still a pick ‘em fight. And I believe it will unfold just like the first. Wilder will look to inflict damage early on, get those shots off and maybe target the cut Fury sustained in his last outing.

Fury just has to do as he did last time. He already has the recipe. The onus is on Wilder to change the pattern.

Whilst I have Fury as a likely points winner, Wilder needs only a split second to change the course of history.

If he lands in the second round like he did in the 12th last time, there is no way Fury can survive.