Two schools in Kent have been closed after hackers stole data with encrypted information about pupils.

The Skinners’ Kent Academy and Skinners’ Kent Primary School said their servers were broken into but they do not believe the hackers have access to student and staff personal records.

But the two Tunbridge Wells schools admitted they cannot be sure what information was accessed and advised parents that it would be ‘very wise’ to contact their banks in case their details have been compromised.

Both were closed on Monday with the academy also shut on Tuesday.  Its website explained: ‘The information that has been stolen was taken from our school servers.

‘The hackers have told us what they have access to. They do not appear to have access to our School Information Management System (SIMS) which is where we hold all our personal records for pupils, students and staff across the Trust. However, they have encrypted this data so that we no longer have access to it.

‘We cannot be sure exactly what the hackers have access to and what they don’t as everything has been encrypted, therefore we are changing all of the trust’s passwords and would recommend that students and parents do the same.

‘It would be very wise to let your bank know that your bank details may have been taken.’

The National Cyber Security Centre (NCSC) – a part of the UK’s intelligence and cyber security agency GCHQ – said it was supporting the schools.

It commented: ‘We are aware of an incident affecting Skinners’ Kent Academy and Skinners’ Kent Primary School and are working alongside partners to provide support.’

The schools said they were forced to close because staff were unable to access safeguarding documents needed in order to open.

The website statement continued: ‘The Trust needs to ensure that in order to safeguard everyone, it has student and staff emergency contact details, medical records, timetables and registers safely in place prior to re-opening.‘Please be assured we would not have taken this decision if there had been any other alternative.

‘There are certain safeguarding documents that any school is required to have in order to be allowed to open.

‘Unfortunately, these files we no longer have access to. In addition to this we need to make sure that we have access to all medical information, emergency contact details of all students and staff, which we also currently do not have access to.

‘This is on top of having to rebuild all computers so that we can access resources required to teach.

‘All of which will take a couple of days in order to be able to open safely.’ 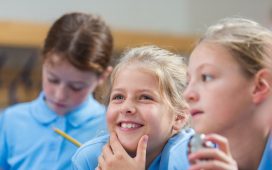 Unions press for swift decision on vaccinating children in England 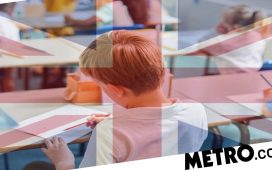 What is One Britain One Nation and what are the lyrics to the song?