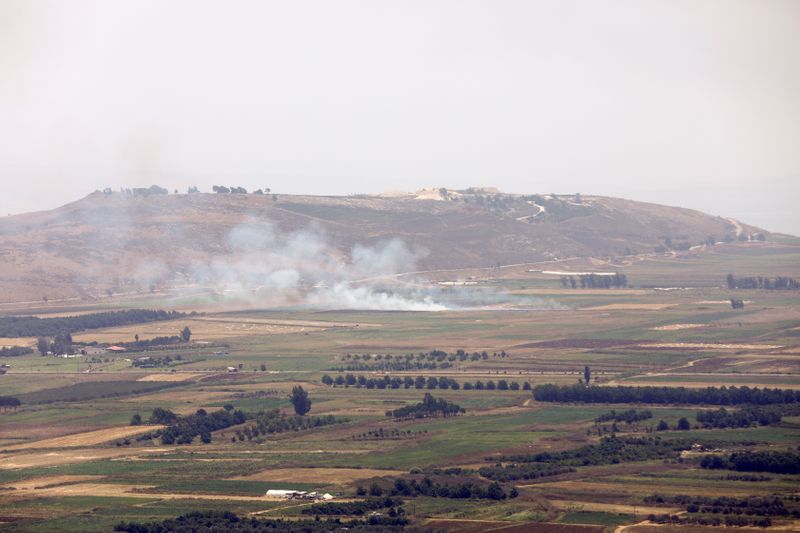 © Reuters. Smoke rises as seen from Marjayoun, near the border with Israel, Lebanon August 4, 2021. REUTERS/Karamallah Daher

JERUSALEM (Reuters) -Two rockets launched from Lebanon on Wednesday struck Israel, which responded with artillery fire, amid heightened regional tensions over an alleged Iranian attack on an oil tanker in the Gulf last week.

Israel’s Magen David Adom national ambulance service said there were no casualties on the Israeli side of the hilly frontier, where the rockets ignited a brush fire.

There was no immediate claim of responsibility for the rocket strike, launched from an area of south Lebanon under the sway of Iranian-backed Hezbollah guerrillas.

In a statement, Israel’s military said three rockets were launched from Lebanon, with one falling short of the Israeli border and the others striking inside Israel. Witnesses in Lebanon also reported that several rockets were fired at Israel.

“In response, (Israeli) artillery forces attacked Lebanese territory,” the military said. Some two hours after the initial shelling, the military said its artillery had fired again at targets, which it did not identify, along the frontier.

The United Nations Interim Force in Lebanon said its Head of Mission and Force Commander, Major General Stefano Del Col, was in contact with both parties.

“He urged them to cease fire and to exercise maximum restraint to avoid further escalation, especially on this solemn anniversary,” the statement said, referring to the Beirut port explosion on Aug. 4 last year. [L1N2PB0KK]

The border has been mostly quiet since Israel fought a 2006 war against Hezbollah, which has advanced rockets.

But small Palestinian factions in Lebanon have fired sporadically on Israel in the past, and two rockets were launched at Israel on July 20, causing no damage or injuries. Israel responded to that incident with artillery fire.

The latest border incidents occurred after an attack last Thursday, which Israel blamed on Iran, on a tanker off the coast of Oman. Two crew members, a Briton and a Romanian, were killed. Iran has denied any involvement.

Briefing a meeting of ambassadors from U.N. Security Council countries to Israel on Wednesday, Defence Minister Benny Gantz said: “It is time for diplomatic, economic and even military deeds (against Iran) – otherwise the attacks will continue.”

On Tuesday, Britain, Romania and Liberia told the United Nations Security Council it was “highly likely” that Iran used one or more drones to strike the vessel.

The United States and Britain said on Sunday they would work with their allies to respond to the attack. Israeli Prime Minister Naftali Bennett said on Tuesday that Israel was keeping open the option of acting alone against Iran if necessary.

Disclaimer: Fusion Media would like to remind you that the data contained in this website is not necessarily real-time nor accurate. All CFDs (stocks, indexes, futures) and Forex prices are not provided by exchanges but rather by market makers, and so prices may not be accurate and may differ from the actual market price, meaning prices are indicative and not appropriate for trading purposes. Therefore Fusion Media doesn`t bear any responsibility for any trading losses you might incur as a result of using this data.
See also  Gove rejects case for UK constitutional reform 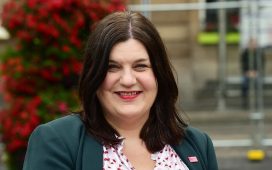 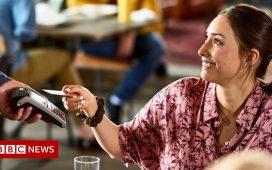