The rift between Muslim nations and France is growing after French President Emmanuel Macron said earlier this month that Islam was a religion in “crisis”.

Tension escalated after French teacher Samuel Paty was killed on October 16 near his school in broad daylight. He had shown caricatures of the Prophet Muhammad to his students. Since the crime, French officials were perceived as linking the killing to Islam.

Top officials in the Muslim world have condemned France and Macron, including Pakistan, Malaysia, Saudi Arabia and Iran; while tens of thousands have attended protests and called for a boycott of French goods.

Turkey’s president has accused France and others of launching a crusade against Islam.

“Now, they target me personally through a caricature. After all these years, they want to relaunch a crusade against Islam,” President Recep Tayyip Erdogan said in a speech, local media outlet Daily Sabah reported.

“We are a nation that respects not only our own religion but also the values of other religions as well. It is our values that are being targeted,” he added.

“An investigation was initiated into executives of Charlie Hebdo magazine for insulting the President in accordance with Articles 12, 13 and 299 of the Turkish Penal Code,” said a statement by prosecutors.

Iran’s President Hassan Rouhani on Wednesday warned that insulting the Prophet Muhammed may encourage “violence and bloodshed” following Paris’ defence of the publication of cartoons depicting the Prophet.

“Insulting the prophet is no achievement. It’s immoral. It’s encouraging violence,” Rouhani said in a televised speech during the weekly cabinet meeting.

British Foreign Secretary Dominic Raab called on the NATO allies to stand shoulder-to-shoulder on values of tolerance and free speech, in a veiled rebuke to Turkey which has been calling for a boycott of French goods.

“The UK stands in solidarity with France and the French people in the wake of the appalling murder of Samuel Paty,” Raab said in a statement.

“NATO allies and the wider international community must stand shoulder-to-shoulder on the fundamental values of tolerance and free speech, and we should never give terrorists the gift of dividing us.”

The notice, left in the mosque’s mailbox, contained death threats and insulting messages against Turks, Arabs and the community who comes to the mosque regularly.

“The war has begun. We will drive you out of our country. You will give account for Samuel’s death,” it said.

“It’s clearly the product of a xenophobic, Islamophobic, and intolerant cultural environment the French leadership seems to want for their country,” Altun added.

Hello. I’m Usaid Siddiqui in Toronto, bringing you the latest updates on the backlash over French President Emmanuel Macron’s critique of Islam. Here’s a quick recap:

The deepening rift between France and the Muslim world continues on Wednesday.

The fallout widened after two events – the first was Emmanuel Macron’s speech on October 2 in which the French president said Islam was a religion in “crisis” across the world; and the second was the killing of teacher Samuel Paty for displaying caricatures of the Prophet Muhammad by controversial French satirical magazine Charlie Hebdo.

Several street protests across the Muslim world have also broken out, including in Bangladesh and Gaza on Tuesday, calling on people to boycott French products.

On Wednesday, Charlie Hebdo published a cartoon on its cover mocking Erdogan, which the Turkish government responded by calling “loathsome” and “Islamophobic”. 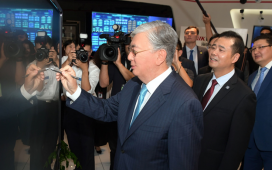 Tracking the Digital Component of the BRI in Central Asia, Part Two: Developments in Kazakhstan 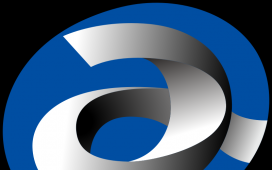 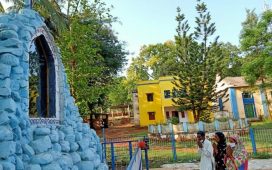