THOUSANDS of families are still battling for their money back after the collapse of Thomas Cook in September.

Travellers whose holidays were cancelled were supposed to get their money back within 60 days but some have had to wait twice as long as that.

Sun reader Michael Sheppards, 71, from Leicester, this week contacted me in desperation as he battles to claim back £3,000 owed to his daughter Sarah Bull, a care home worker, 48, and her partner Keith Tranter, a 52-year-old factory worker.

The pair originally booked a Christmas beach holiday in Egypt with Thomas Cook. But when the firm collapsed, they rebooked it with Tui using money borrowed from Michael and wife June.

Michael, a retired firefighter, expected to be repaid promptly but struggled to get any answers from Protect Claims, one of the agencies dealing with refunds on behalf of the Civil Aviation Authority.

The wait meant he and June, 72, a retired Asda worker, almost lost out on their planned wedding-anniversary cruise to the Greek islands this coming May. That needs to be paid for next week.

But when I intervened, Michael was promised the cash within days.

The great-granddad says: “We genuinely thought we would get the money back in 60 days. But we’ve waited more than 115 days and were getting desperate.

“They don’t realise how much hardship this is causing. Some people could miss £3,000 but to pensioners it’s a lot of money. The stress was making us both ill.”

A CAA spokesman said the delay was due to the name on the claim not matching the original booking, meaning it took longer to verify the details.

SHOP ‘TIL YOU DROP

Boots 70% off sale 2020 starts TODAY! Everything you need to know

The refunds come from from an industry pot, ATOL, funded by travel firms who pay £2.50 per passenger for every package holiday protected by the scheme.

There are 12,000 outstanding claims relating to Thomas Cook, a third falling outside the 60-day window in which CAA said it would repay claims.

In these cases, the CAA said it was mostly chasing customers for information before issuing a refund.

How To Make A Claim

HOW do I make a claim?

Visit the refunds section at thomascook.caa.co.uk.

Do not be tempted to claim via any other method – such as via a legal firm – as this may cause delays.

Before submitting your claim, ensure you are named as the lead passenger and all information is accurate.

What is my booking reference number and where can I find it?

This is the number you were given when you booked.

It usually begins with a 14, 15 or 16 and is on the bottom-left of your ATOL certificate. It helps locate your claim.

Why has my claim been declined?

There are several reasons why ATOL might not be able to process a claim.

It could be as your holiday is ATOL-protected by another travel company – perhaps because Thomas Cook was re-selling another travel agent’s package, as sometimes happens.

You can’t claim for extras such as seat upgrades, travel insurance and theme park tickets.

You will need to speak to the suppliers of these directly.

You also can’t claim if there was no financial loss – for example, if you paid for your holiday with vouchers that had been given as a prize or as compensation.

That would not be the case if they were gift from someone who paid for them with their own money.

When should money appear in my bank account after my claim is settled?

It can take up to ten working days following notification of payment.

If there is a delay, email atolclaims.thomascook@caa.co.uk with your reference numbers included.

B&M to shut down 49 stores during coronavirus crisis 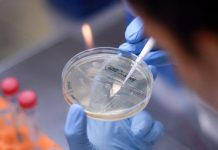 Why testing offers a way to end the lockdowns 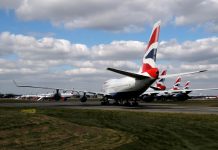 BA in union talks to suspend around 32,000 staff: source