NEWSCABAL > politics > Trump vs. Biden: all the key moments from the first US presidential debate
politics

Trump vs. Biden: all the key moments from the first US presidential debate


After months of build-up, last night saw Donald Trump and Joe Biden take to the stage for what will likely go down as one of the most chaotic debates in US political history.

Described as a “hot mess, inside a dumpster fire, inside a trainwreck” by CNN’s Jake Tapper, the event saw Trump unleash a string of attacks on the Democratic candidate, who eventually asked the president to “shut up, man” after repeated interruptions.

Biden, meanwhile, landed a few blows on Trump, labelling the incumbent the “worst president that America has ever had” and telling him to “get out of your bunker and get out of the sand trap in your golf course”.

So what – if anything – did we learn from what Tapper called “the worst debate I’ve ever seen”?

A waste of time?

“We’ll talk about who won the debate or who lost the debate,” Jake Tapper said in the immediate aftermath. “One thing is for sure: the American people lost.”

The debate was roundly criticised from all sides with voters and pundits alike condemning both participants for what Reuters calls an “unpresidential” display.

The Sydney Morning Herald describes it as a “horrible, disastrous, useless session that left viewers utterly disappointed”, adding that it “disappointed and reinforced the terribly sad state of American democracy”.

“Hope was mugged on the debate stage in Ohio,” the paper adds.

Debate moderator, Chris Wallace of Fox News, did “not cover himself in glory either”, The Guardian says, adding: “He was a like a school supply teacher, hopelessly out of his depth as unruly children run riot. He did not enforce the rules or cut the president’s mic.”

Just minutes into the broadcast, the debate had already devolved into a slanging match between Trump and Biden, with both candidates trading personal attacks.

During a segment on healthcare, Biden called the president a “clown”, while Trump struck below the belt with a jab at Biden’s son Hunter’s struggles with drugs.

Trump also mocked the former vice president’s academic performance at the University of Delaware. “Don’t ever use the word smart with me,” Trump said. “Because you know what, there’s nothing smart about you, Joe.”

Too hot to handle

With man-made climate change thought to be the root cause of some of the worst US forest fires in decades this year, Biden used the debate to push his $2tr (£1.5tr) climate plan.

Trump, meanwhile, “strained to respond” to questions on the issue, The Washington Post says. In a meandering response, he claimed he believed only “to an extent” that human activity contributes to the warming of the planet, adding that his aim was to have “crystal-clean water and air”.

“I want beautiful, clean air,” he said, claiming that the fires in California and Oregon this summer had been the result of poor “forest management”.

Trump also expressed surprised that Biden openly stated during the debate that he does not support the Green New Deal, claiming that Biden “just lost the radical left”. Biden has never expressed his support for the deal.

No answer to Covid

A discussion on the coronavirus pandemic towards the end of the night saw Biden question Trump’s leadership, suggesting he had “panicked” or “looked at the stock market” when deciding not to introduce many measures aimed at tackling the outbreak.

“A lot of people died and a lot more are going to die unless he gets a lot smarter, a lot quicker,” Biden said. Trump hit back with another personal attack, telling Biden: “We’ve done a great job. But I tell you, Joe, you could never have done the job we’ve done. You don’t have it in your blood.”

The US has so far reported 206,005 deaths and just over seven million cases, according to latest figures.

‘Stand back and stand by’

The most controversial moment of the night came when the president was asked if he was prepared to condemn white supremacists and the Proud Boys, a Trump-supporting organisation created by Canadian political commentator Gavin McIness, co-founder of Vice.

After first dodging the question, Trump said” “Proud Boys, stand back and stand by.” He then attempted to derail the conversation by claiming that “somebody’s got to do something about antifa and the left”.

Proud Boys on social media immediately celebrated the remark, with one Proud Boys group adding the phrase “Stand Back, Stand By” to their logo, The Guardian reports.

An in an even more ominous comment, Trump later suggested that his supporters should go and “watch” voters in polling stations in order to stamp out incidents of voter fraud. 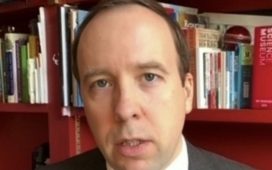 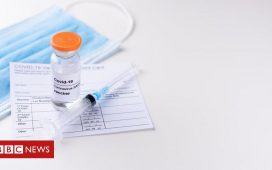