Donald Trump has been recorded pressing a senior official in Georgia to overturn Joe Biden’s election victory in the state. In the recording, obtained by the Washington Post and released in full on Sunday, Trump tells Georgia’s secretary of state, Brad Raffensperger, that “I just want to find 11,780 votes”, and that “there’s nothing wrong with saying … that you’ve recalculated”. Trump also tries to intimidate Raffensperger by suggesting he could face criminal charges. Helen Sullivan has six key takeaways from the astonishing recording.

The recording has triggered widespread outrage among lawyers and political opponents, with some calling for a second impeachment and others warning Trump may be in legal trouble when he leaves the White House on 20 January.

All 10 of the living former US defence secretaries, including two who worked for Trump, have called on the president and his supporters to accept that he lost the election. In an unprecedented joint letter they warned that Trump could try to trigger military intervention in a last-ditch attempt to hold on to power. The former secretaries said such a move would “take us into dangerous, unlawful and unconstitutional territory”.

The leading public health expert Dr Anthony Fauci was again forced to rebuff Trump’s claims about coronavirus this weekend. Trump tweeted on Sunday morning that the death toll was “far exaggerated”, but Fauci said coronavirus skeptics should “go into the trenches” to see what was happening, insisting they are “real numbers, real people, and real deaths”.

Fauci also said there were “no excuses” for the poor distribution of the coronavirus vaccine in the US. The Trump administration had promised that 20 million Americans would have received their first dose of the vaccine by the start of January, but two days into 2021, just over 4 million have been administered. However, according to Fauci, the pace is picking up, with an average number of 500,000 people receiving a vaccination each day.

Tensions are escalating between Iran and the US

The US has reversed a decision to bring one of its aircraft carriers back from the Persian Gulf due to “recent threats” by Iran. On New Year’s Eve, the acting US defence secretary, Christopher C Miller, announced that the USS Nimitz would be returning home, with reports saying the move aimed to de-escalate tensions with Iran. However, the Pentagon said on Sunday that as a result of threats from Iranian leaders to Trump, its routine deployment would be halted. “No one should doubt the resolve of the United States of America,” Miller warned.

Stat of the day: authorities still can’t find the parents of 628 children separated at the US border

Records suggest that more than 5,500 children have been separated from their parents at the US border since 2017, hundreds of whom were under the age of five. While groups such as the American Civil Liberties Union have helped to reunite thousands of families, a court-appointed committee is still unable to locate the parents of 628 children. Sam Levin writes about the continued impact of Trump’s globally-condemned migration policy.

Don’t miss this: how the pandemic in the US disproportionately impacted women – and what needs to be done to recover

The US is in a “shecession”, an economic recession in which job and income losses are being suffered more by women than men. The term was coined by C Nicole Mason, president and chief executive of the Institute for Women’s Policy Research. She spoke to Amanda Holpuch about how the US can recover and build gender equality.

Last Thing: a giant sculpture of a vagina has sparked debate in Brazil

A 33-metre concrete vagina has sparked a backlash in Brazil, with supporters of the country’s far-right president criticising the sculpture and many leftwing figures embracing it. Juliana Notari, the visual artist behind the piece, said it was intended to stimulate debate over “the problematisation of gender”, but a Facebook post explaining the art was flooded with thousands of angry comments.

READ  Chinese city to use app to rate residents’ behaviour – with bonuses for volunteering & penalties for running red lights
Share on FacebookShare on TwitterShare on PinterestShare on Reddit
newscabalJanuary 4, 2021 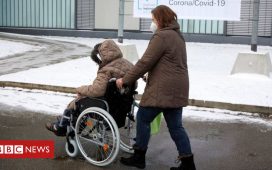 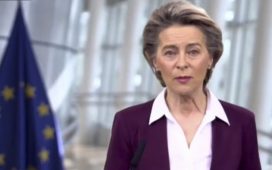 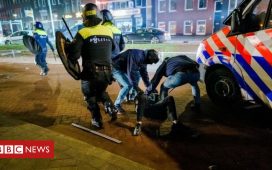 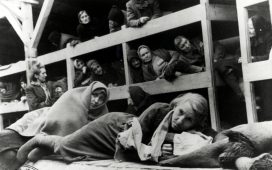