Here is a nice bit of pub quiz help for you. It would have to be a pretty boring pub quiz but, still, you never know.

I love these things. We should do a proper quiz here one week. Maybe I could find a prize or something.

It was Democrat Eleanor Roosevelt and Republican Margaret Chase Smith standing in for Adlai Stevenson and Dwight Eisenhower.

Good, eh? Lots of people (I did) say the first one was Kennedy vs Nixon but it wasn’t. I was looking this up on Thursday morning when I watched this week’s effort at a debate.

In previous years I would have stayed up, but life is too short.

And I already have a long list of things I’ve stayed up for that have ended in disappointment: elections, Brexit, Tyson vs Bruno, the 2006 Ashes, Santa Claus.

I went for the replay instead but turned the TV on a bit too early.

The CNN guy was describing what he had just seen: “That was a hot mess, inside a dumpster fire, inside a train wreck. That was the worst debate I have ever seen. In fact, it wasn’t even a ­debate. It was a disgrace.”

And it was. It really was.

When preparing for the 1956 debate, Margaret Smith said: “I would answer the questions as briefly as possible in an even-pitched tone.”

She did, until the end when her delivery became a bit more, as she called it, “biting”.

This infuriated Eleanor so much that she refused a handshake afterwards.Well ladies, thank God you didn’t see Tuesday’s efforts.

Le Monde in France called it a “terrible storm”, Germany’s Der Spiegel “A TV duel like a car accident,” and La Repubblica’s verdict in Italy: “Never had American politics sunk so low.”

And the Russians weighed in: “A one-and-a-half-hour exchange of insults.” You can imagine Putin sitting there laughing, feet up, big bag of Revels, just watching it unfold.

Trump did what he always does. Was rude, spiky, insulting. All Joe Biden had to do was keep his cool and not make any mistakes.

Which he did, but as many have pointed out – that’s a low bar and doesn’t really get us anywhere.

I don’t worry that we’ll sink to that level over here. Yes, political exchanges are fraught, and the more populism comes to the fore, the nastier things get. But we’re not that bad.

My real worry is the strategy from Biden giving people ideas. I agree with the premise that Labour should let Mr Johnson unravel. 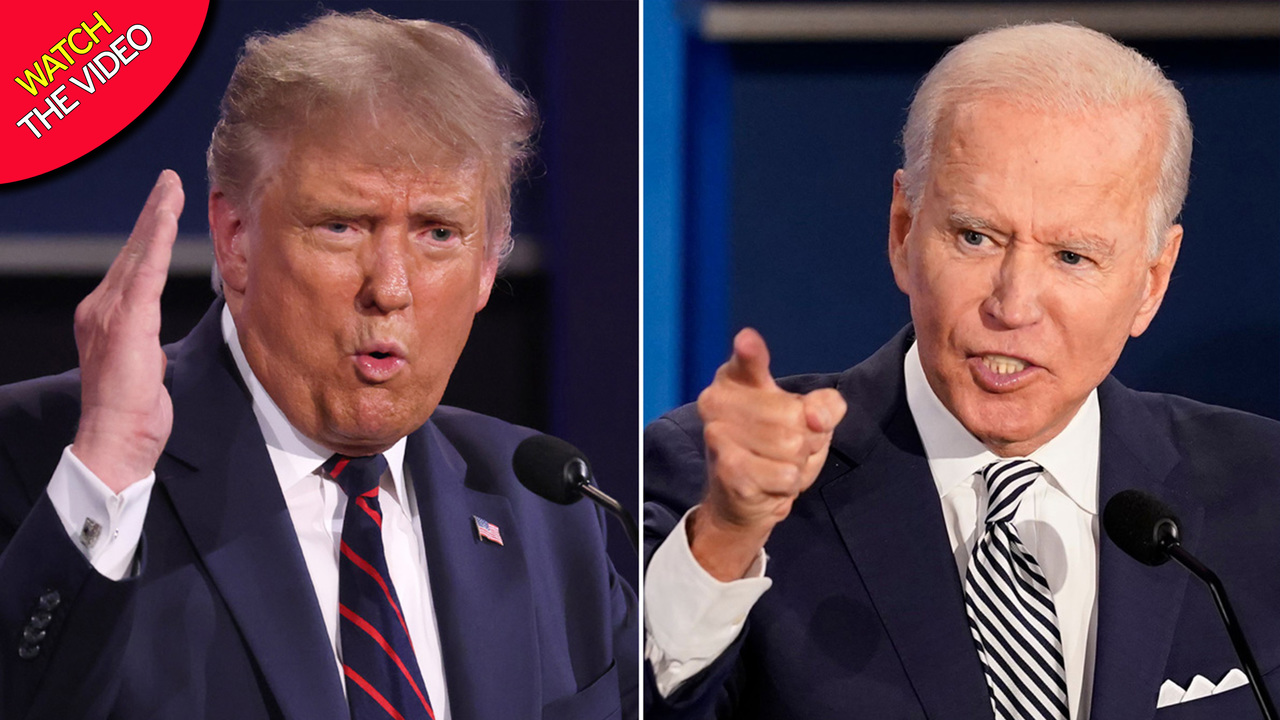 That’s fair – and the polls seem to suggest that for the moment it is working. And I do agree that the election is a long way off and policy announcements are a bit premature.

But there’s got to be more than: “I’m not the other guy (Johnson OR Corbyn),” from Labour.

Like the American debate showed, when you get into that sort of thinking, the only loser is the country.

Anyways, there you go. And if you win anything with that pub quiz answer please send my cut to the usual address. Unless it’s beer. If it’s beer I’ll come and pick it up.

'Looming national Covid lockdown is because of the PM's inaction'

Martin Rowson on the horror of politics this Halloween – cartoon