True federalism, only way out for Nigeria –Bode George

A former deputy national chairman of Peoples Democratic Party, PDP, Chief Olabode George has called for  a new constitutional arrangement that will  lead to enthronement of  true federalism in the country.

Making the appeal in his new year message titled, “A new year, A new beginning”, George  noted that the nation’s present structural setting is skewed and distorted   by a constitution that does not augur well for national cohesion, and growth.

While   saying that   it is gladdening that voices are  now coalescing  from the North to the South that Nigeria needs a new constitutional arrangement, he said the composition of power must  yield to a true, and genuine structural equity where everyone will have a sense of belonging, and where every state can develop along its own natural path with resources on its ground.

According to him: “I do not seek a dismemberment of our nation.  But I am resolved just like millions of our compatriots, that the stronghold of the center must be loosened for a decentralization that favors state autonomy along   the line of a United States of Nigeria where the states are allowed comprehensive sovereign powers as reflected in the very constitution of the United States of America which we copied without thorough tidiness.”

George who said the new constitutional arrangement that must be put in place was more important than 2023 presidential elections added that the nation’s   present structural setting is not only wobbly but must give way   for  a new  structural vision without which the continuity of the Nigerian union will be fraught with festering maladies.

Calling on the federal government to revisit the   2014 constitutional conference, he said the conference reports, and recommendations were quite enlightening   about how the nation can be redesigned along a true, fair, equitable, and civilized federation.

While describing 2020 as a terrible year where no nation was spared from the terrible COVID-19 pandemic whose scourge still festers across the globe with increasing venom, George implored federal government to start   the new year on a clean slate where justice, and representative evenness will define the nation’s democratic space. 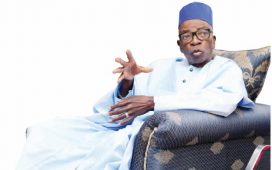 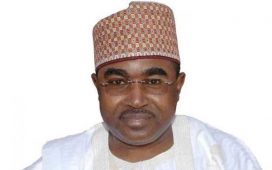 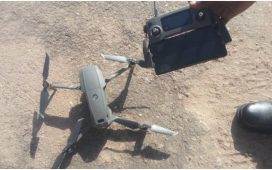 Videos: Jubilation as Imo chief Anyiego allegedly comes back to life after 1 day in mortuary 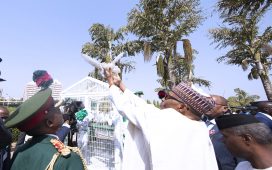