Using data from nearly four decades from 1979 to 2016, researchers found that the destructive power of tropical cyclones had dramatically increased, with stronger landfalling cyclones lasting longer and tracking further inland.

The study, by researchers at the Shenzhen Institute of Meteorological Innovation and the Chinese University of Hong Kong and published in Frontiers in Earth Science, said that tropical cyclones now last between two and nine hours longer and traveled an average of 100 km (62 miles) further inland than they did four decades ago.

The study looked at cyclones over east and southeast Asia and found the Vietnamese capital of Hanoi and the southern China region were hardest hit between 1979 and 2016.

Researchers also found that by the end of the century, the average landfall wind speed over Asian inland regions could increase by two meters per second, or 5 miles per hour. Small increases in top wind speeds of a cyclone can bring much higher levels of destruction.

The study suggests an average cyclone by then will last around 5 hours longer and will travel 92 kilometers (57 miles) farther inland, nearly doubling their destructive power.

Tropical cyclones are among the most dangerous natural disasters, with flooding rainfall, damaging winds and storm surge. Over the past 50 years, these cyclones have led to nearly 780,000 deaths and around $1.4 billion worth of economic losses globally.

In June, Typhoon In-fa and Typhoon Cempaka brought extreme rain of more than 150mm per hour to China’s Henan province, breaking a record in the city of Zhengzhou. More than 300 people were killed in the floods that ravaged central China, officials said.

And in September 2021, the remnants of Hurricane Ida caused torrential rain and flash flooding in New York, leaving at least 50 people dead.

Tam and his colleagues are calling for more action to reduce planet-warming greenhouse gas emissions and increase disaster preparedness in Asia.

One of those studies, from researchers at the University of Wisconsin in Madison and the National Oceanic and Atmospheric Administration (NOAA), looked at nearly 40 years of satellite data of global storms. The study, published last year, found that global warming has increased sea surface temperature in regions where tropical cyclones form. The combination of these warm temperatures, along with changes in atmospheric conditions, have allowed storms to more easily reach higher intensities.

If a cyclone intensifies in strength at landfall, it will travel further inland, amplifying its destructive power.

While human-caused global warming is likely fueling the increase in the severity of the storms, natural weather cycles and events can also strengthen — or weaken — the intensity and frequency of cyclones.

Tam said numerical models predict the climate crisis “will likely continue the increasing trend in landfalling typhoons and their impacts on inland regions.”

“More Asian inland regions may be exposed to more severe storm-related disasters in the future as a result of the climate crisis,” he said. 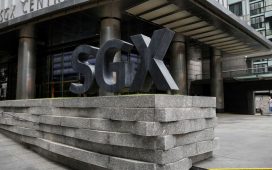 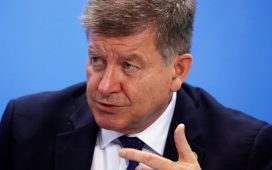 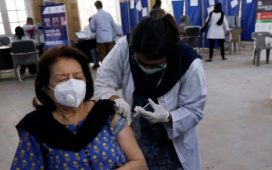