High Street stores across Glasgow admitted they had to get emergency restocks of swimwear as young fans turned TRNSMT into a giant beach party again today.

Temperatures hit 22C, with revellers breaking out bikinis and cut out swimsuits usually reserved for trips to Greece, Spain and Turkey.

Pharmacists said suncream sales near the site were through the roof with young female fans leading the charge. 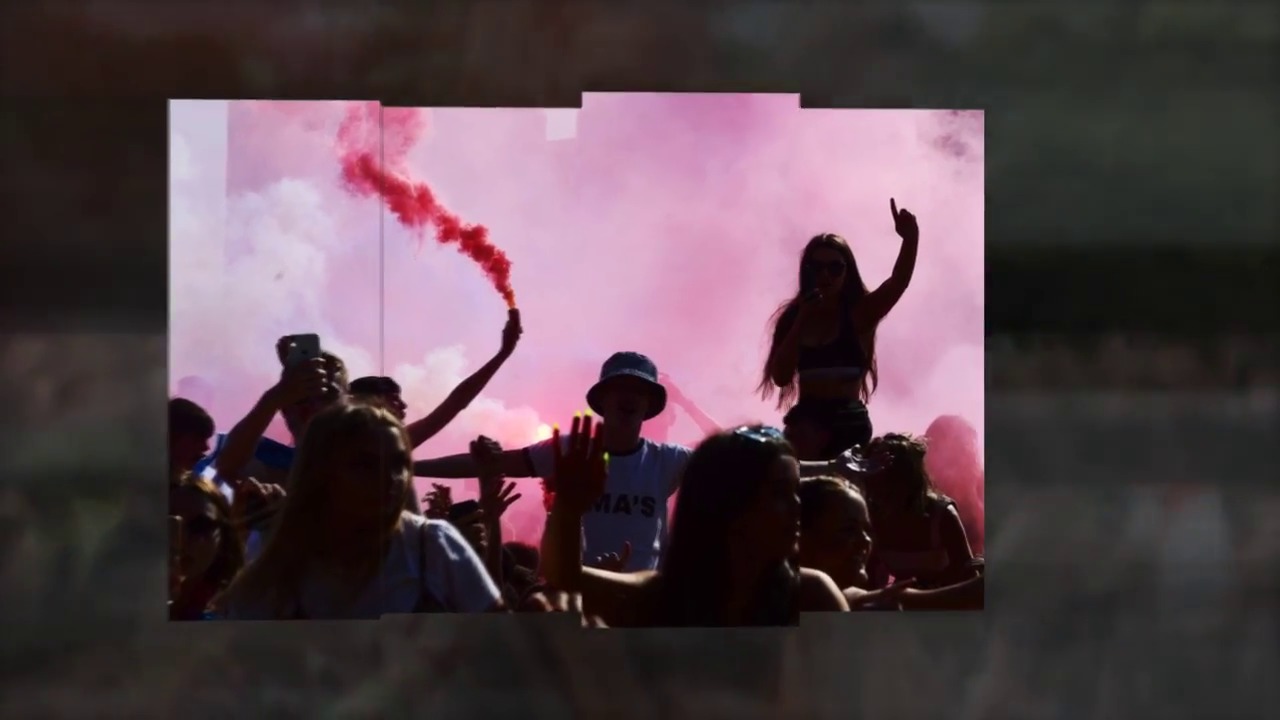 Police Scotland said 13 arrests were made on day one as they appealed for witnesses to a sexual assault which happened close to toilets near the main stage.

Organisers said fans had been well-behaved and hailed the friendly vibe which marked the first two days as Catfish and the Bottlemen headlined tonight.

A staff member at Primark in Argyle Street, a short walk from TRNSMT’s Glasgow Green site said: “All week we have been mobbed with girls getting swimwear. I think they buy the bikinis and stuff and customise them at home.

“Everyone has been in for their outfits. Sunglasses have been hard to keep ahold of.

“Bandeau tops and bralets with cycle shorts also seems to be a popular choice.

“Every other girl has a different combo put together – if you’ve got it, flaunt it.

“Anything neon or fluroescent is just flying out the door.”

At nearby River Island, a staff member added: “Swimsuits and beach cover-ups are the trend this year for festivals and, to be honest, it looks great.

“We always sell loads of bikinis and stuff at this time of year with it being the summer holidays but it’s nice to see it getting a showing at TRSNMT and festivals.”

At Boots and Superdrug, staff said suncream sales were up yesterday after some fans got caught out the previous day. Stormzy’s blistering set was still the number one topic of conversation for the early arrivals yesterday. The
rapper needed a police escort following flight delays but made the most of every minute as he hailed the Scottish fans before wrapping himself in a saltire.

Kelsey said: “Catfish are great live and you’ve got Circa Waves playing tomorrow. The only thing we’re gutted about is not going yesterday – Gerry (Cinnamon) and Stormzy looked great.”

The group came dressed for the weather and Kelsey added: “This year everyone is wearing bright colours and glitter which looks amazing in the sun.” Olivia Russell, 23, Dawn Leggat, 23, Nicole Leggat, 16, Kate Davidson, 27, and Jess Dalziel, 24, were loving their weekend.

Dawn said: “It’s the third time some of us have been here. We come back every year for the line-up and amazingly the weather is always just as good.”

The Catfish fans were equally as excited by tomorrows line-up saying: “The Kooks will be a definite highlight this year.” The girls’ outfits were made for this years TRNSMT. Dawn added: “This year, all you can see is neon and swimwear everywhere. It’s lucky the weather turned up for it.”

Festival director Geoff Ellis told us: “Overall we are really happy – the weather has been tremendous but what has really knocked me out is the
audience. They are a credit to Scotland.

“Yesterday was very young. We sold out but to have that many young people behave so well, walking through the crowd was a lovely vibe. There’s more of a mix today age-wise but again people are so into the music.

“People seem to have just come to see the bands in general rather than just the ones they like.”

He added: “Arrest numbers have been low, the police are saying the crowd have been very well-behaved but again you’re always going to get incidents with a few thousand people, let alone 50,000. Overall, it’s a good natured crowd here for the music. In terms of today, I think it will be slightly older again – it was the first day to sell out and everyone is talking about Lewis (Capaldi) but we have George Ezra and Emeli Sande too so there’s a great day ahead.

“I don’t want to put the pressure on Lewis that he will be the moment of the weekend especially after what Stormzy did last night, following Gerry in Glasgow is a tough act but he absolutely nailed it. Nice to see that people are looking after their mates and we’ve been really pleased with the crowd overall.”

Stormzy took to Twitter on Saturday morning to share his love for Glasgow to his incredible 1.2 million followers.

He tweeted: “Still on cloud 9 from last nights performance thank you Glasgow I appreciate you guys thank you for the love, last night was beautiful.”

And embracing all things Scottish, the Vossi Bop rapper tucked in to a roll and tattie scone on Saturday morning whilst wearing a saltire cowboy hat that he wore during his performance on stage saying: “Come on, give me my Scottish passport.”

And Scottish singer songwriter, Gerry Cinnamon chose to share some videos of his TRNSMT performance to his 142k Instagram followers captioned: “wee singalong.”

Tragedy of SMart's Mark Speight – and conspiracies around his strange death

Aisleyne Horgan-Wallace made plans for her body amid cancer scare: ‘I thought I was going to die’