rbiutes have been paid to two east London GPs who have died with Covid.

Their deaths, announced yesterday, are believed to have taken the Covid death toll among UK GPs to 16. Most of them have been of BAME heritage.

Dr Obaro, 63, who died suddenly after a short battle with the virus, was described as “generous and respected”.

The father-of-four had been working at the Addison Road Medical Practice in Walthamstow since 2004 and was completing his postgraduate education to become a general practice trainer when he fell ill.

Colleagues said he was well known for his charity and out-of-hours work with Waltham Forest GP Federation. Patients posted tributes on social media, describing him as a “great doctor” who provided “wonderful” care.

Dr Obaro qualified as a doctor at the University of Maiduguri in Nigeria in 1984 and came to the UK in 1999 to train as a GP. He had worked in east London for almost two decades.

He leaves a wife, Elizabeth, and four sons, Raphael, Charles, Osebi and Christopher. Raphael said Dr Obaro was a “wonderful father” and “the most giving person I know”.

Before the pandemic hit, Dr Obaro returned with his wife to Nigeria every year to volunteer and help improve healthcare in his home village.

READ  Measles cases at highest for 20 years in Europe, as anti-vaccine movement grows

Dr Abdullah, 68, who ran a single-handed practice in Rainham, came to the UK from Iraq in 1985. He initially worked at Queen’s hospital, Romford, where he died on December 8 after a month in intensive care.

His daughter, Dr Ayat Abdullah, told the GPs’ magazine, Pulse: “He wanted to serve the NHS and be there for these patients and work through this Covid crisis. He felt obligated to help others.

The British Medical Association has called for frontline heath staff to be vaccinated as a priority.

Meanwhile, internationally-acclaimed pianist Fou Ts’ong, 86, who played at the Proms, died in a London hospital on December 28 after two weeks battling the disease there.

The pianist was born in China in 1934 to a family of China’s intellectual elite, before moving to then-Communist Poland to study in Warsaw, aged 19.

In 1959, he moved to London and grew into an acclaimed international soloist, playing both in Europe and the United States. He played the First Night of the Proms in 1967.

In 1960 he had married Zamira Menuhin, the daughter of the violinist Yehudi Menuhin. He was married twice more, latterly to Patsy Toh, a teacher at the Royal Academy of Music in London.

English and Scottish get drunk most often, 25-nation survey finds

The fight for recovery from a lifelong eating disorder 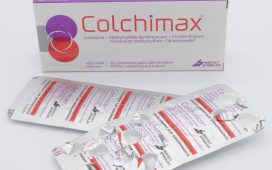 Gout pill that costs less than 30p could slash the risk of Covid patients needing hospital treatment by 25%, study shows 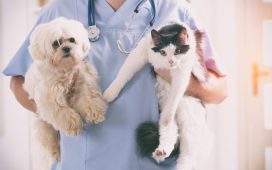 Cats and dogs may need to get Covid vaccine to stop spread of virus, scientists say