NEWSCABAL > football > Trevoh Chalobah: 'To beat PSG was unbelievable – I had to mark Neymar'
football

Trevoh Chalobah: 'To beat PSG was unbelievable – I had to mark Neymar'


“It was an unbelievable experience,” Trevoh Chalobah says as he remembers coming off the bench to help Lorient record a famous victory over Paris Saint-Germain in January. “Being on the same pitch as Ángel Di María, Neymar, Kylian Mbappé – I’d been watching this team play in the Champions League. To beat them was unbelievable.”

Chalobah had entered at half-time, stepping into midfield and setting his sights on stopping the superstars in PSG’s attack. The score was 1-1, Neymar’s penalty cancelling out Laurent Abergel’s opener. It was the ultimate test of Chalobah’s defensive capabilities. “Neymar was playing as a No 10,” the 21-year-old says. “I had to mark him a lot. Even when I tackled him, it was like: ‘Wow, I tackled Neymar.’”

Although Neymar scored another penalty, Lorient ended up beating Mauricio Pochettino’s side 3-2, vindicating Chalobah’s decision to move to France on loan from Chelsea at the start of the season. After spells with Ipswich and Huddersfield in the Championship, he needed to test himself at a higher level.

Chalobah has not taken the easy road. He is in a foreign country during a pandemic and Lorient are fourth from the bottom of Ligue 1. “A lot of people thought I would go to a promotion-chasing side in the Championship or a team in the Premier League,” he says. “I just think there’s no rush to where I want to get to. From the first season at Ipswich, I wanted to play abroad. Now I’m playing against teams like PSG, Marseille, Lyon.”

Equally capable playing in defence and midfield, Chalobah has been on Chelsea’s books since he was eight. Although he has played in successful academy teams, he knows that breaking into the first team is not easy. His older brother, Nathaniel, also started at Chelsea. The 26-year-old made 15 appearances and was loaned out to six clubs before joining Watford in 2017.

The brothers grew up in south London after the family moved from Sierra Leone. They would hone their skills playing cage football and Trevoh would show no fear against older boys. “I’d be playing with my brother’s friends. It’s just guys coming together and having fun. No rules. Just go out and play. It was the freedom of playing football and doing skills. Everyone wants to nutmeg each other, beat a player. You just go out and express yourself.”

Chalobah, who has made 22 appearances for Lorient, takes that mindset into his game. At Chelsea he has won trophies at youth level and impressed alongside Mason Mount and Reece James. He was an unused substitute when Chelsea beat Manchester United in the 2018 FA Cup final.

“It was a massive surprise,” Chalobah says. “In the second half of the season Antonio Conte told me I was going to be training with the first team every day. The day before that game Andreas Christensen got injured so I was in the squad. I was thinking I’ll just be in the stands. I got in the changing room and saw my name on the bench. The first thing I did was call my dad.

“With Conte it was very repetitive and organised. Players knew what they were doing. Training, training, training every day. I started to take that into my game. He was very deep in his work. A lot of Italian managers are like that, very detailed. My brother told me when he went on loan to Napoli it was the same with Maurizio Sarri.”

Chalobah needed competitive games after training under Conte. He had mostly experienced success at academy level and needed the culture shock of going on loan. He got it after joining Ipswich in 2018.

“Making the step into men’s football is different,” he says. “It took me a while to get into it because the Championship is a physical league. After two months I settled in well. I managed to get a lot of games. At my second loan with Huddersfield, learning from the first was important. We got relegated with Ipswich but I learnt from that.

“With academy football you get a lot of time on the ball. It was switching positions as well. Going into midfield from being a centre-back, this is my third year now. When I first went into the Championship I thought I had a lot of time on the ball. You don’t. You get caught on the ball and then you have fast counterattacks. As a midfielder you always need to look over your shoulder. That’s what I’ve been doing well, just knowing what I’m going to do with the ball when I receive it.”

Chalobah, disappointed not to make England’s Under-21 squad for the European Championship, says it is more technical in France. He is grateful for support from Claude Makelele, his loan mentor at Chelsea.

Makelele is not the only Chelsea great who has helped Chalobah. When Chelsea fired Frank Lampard in January, Chalobah posted a picture from after a pre-season game in 2019 where he was embracing the former manager. Lampard had just been appointed and, eager to promote youth, gave Chalobah a chance to train with the first team. “Although it was a pre-season game it was big for me,” he says. “It’s one of my favourite photos.”

The youngster does not hide his love for Chelsea on social media. He was quick to praise Mount when the midfielder scored Chelsea’s winner against Liverpool in early March. “There’s loads of people on Twitter saying he’s not this, he’s not that, but I know Mase,” Chalobah says. “I know the work he puts in on and off the ball. When he scored I had to tweet. I love seeing him do well.”

Chalobah appreciates quality. His other passion is fashion and he dreams of modelling and creating his own clothes brand. That can wait, though. For now, he is only thinking about bringing the style on the pitch. 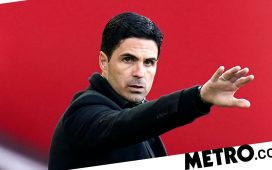