Trent Alexander-Arnold has made a worrying claim over Liverpool’s title ambitions this season. A defeat to Leicester on Saturday has seriously hampered their efforts in the Premier League, especially after Manchester City’s win against Tottenham.

Liverpool suffered a damaging defeat in the Premier League after a 3-1 loss to Leicester at the King Power Stadium on Saturday.

Manchester City would go on to beat Tottenham to compound Jurgen Klopp’s misery which saw the Reds go 13 points behind the league leaders.

And it was all of Liverpool’s own fault after going a goal up against Leicester.

Mohamed Salah opened the scoring in the 67th minute but the visitors capitulated during a seven-minute catastrophe that saw them concede three times.

The first came after James Maddison had a free-kick squeeze through a packed defence, in which Alisson did not cover himself in glory.

It was initially ruled out for offside, but VAR overturned the decision after it emerged no touch was made.

But the second came through a complete lack of communication when Alisson clattered debutant Ozan Kabak, allowing Jamie Vardy to score into an open goal.

It left Liverpool completely mystified while Alexander-Arnold’s claim that they “crumbled” will not fill fans with confidence.

“I think, 70, 75 minutes, we were outstanding, up there with one of our best performances,” he told LFCTV.

“Counter-pressing, taking the ball off them for fun. They couldn’t really get out. Really, really top drawer from us.

“I think, first half, we never created too many clear-cut chances but second half we did. [We] had a few more shots, scored, and were in the driving seat.

“And then the tables turned. They put the game to bed in the matter of five, 10 minutes. That’s football.

“It happens so quickly, it just happens. In the moment, we’ve crumbled at the end of the day.” 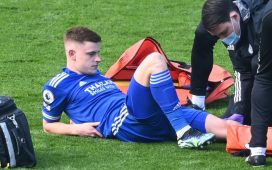 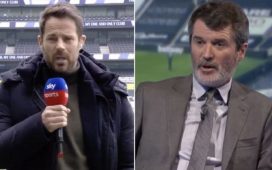 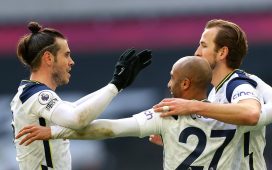 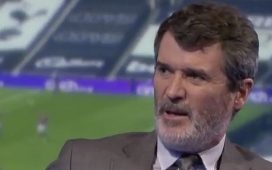 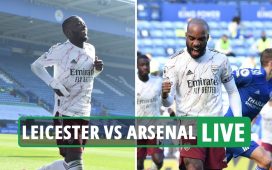