Three households will be allowed to mix together over a five-day period this Christmas, the government has confirmed.

Travel restrictions will be lifted across the UK for five days between December 23 and 27 to enable people from different households to gather over the holiday.

England is still waiting to find out which areas will come under what tier levels, with the announcement set to be made on Thursday.

But even those in the toughest tier levels will be able to travel at Christmas time, according to the latest update to the Government’s winter plan.

Even people living in Tier 3 areas will not face bans on seeing family in other areas.

And they will be able to travel from the UK to have Christmas overseas too – depending on the rules at the destination.

The Government has urged people to be sensible and consider the risk they pose to vulnerable relatives this Christmas.

Boris Johnson warned the nation: “‘Tis the season to be jolly careful” as he outlined the holiday plans.
Rules for travel within England

Up to three households will be allowed to create a ‘Christmas bubble’ temporarily for a number of days.

Everyone in the bubble can stay in any of those three people’s houses, and go to outdoor public spaces like parks and places of worship together only.

For instance you can go to church with your Christmas bubble – but not to the pub or a restaurant.

The gatherings will last between December 23 and 27 inclusive, but people must return to their normal place of residence by midnight on the 27th.

You are also free to travel across tiers in England for the limited festive period outlined – not including New Year’s Eve.

But the bubbles are strictly for three households only – potentially creating awkwardness in big families.

For instance a family with more than three adult children would only be allowed to invite two of the siblings to join their parents’ household Christmas bubble.

But people living in houseshares can split up and travel away to join their families’ bubbles, or create their own exclusive arrangements with other flats.

All four nations have agree to suspend travel plans for the special Christmas period.

This mean families and friends can travel to form bubbles across borders to join one another and form exclusive bubbles of three households in England, Scotland, Wales, and Northern Ireland.

The travel time period has been widened for Northern Ireland.

The window will be December 22-28 – to account for flights because extra trains are not being put on for Christmas, and travellers are being warned of potential public transport chaos.

Travelling overseas will not be banned at Christmas time.

Although people are being reminded to check the rules at their hoped travel destination – as the quarantine periods will still apply.

Transport Minister Grant Shapps told the Today programme: “If you are in Tier 3 you should ideally avoid travelling outside your area, unless it’s for education and work.”

He added: “If you are going straight to an airport and you’re going abroad and where you’re going, of course, has restrictions in place, but all of that aside, that is something you can do.”

He added: “We are dissuading people travelling around generally from the very high tier areas. You can go abroad.

“But, of course there is a penalty to pay for that in terms of having a potential quarantine period when you come back or indeed a test.”

Asked if people should go abroad, he said: “We do think it’s important, as a global country, an island, that people are be able to join up with family abroad or do business abroad.

“We are not as a Government in the business of telling people they can’t travel.”

This comes after the Government announced the quarantine period in the UK upon returning from travel to affected countries is being slashed to five days, on one condition.

Travellers must pay for a Covid-19 test on the fifth day and return a negative result in order to finish their 14-day isolation early. 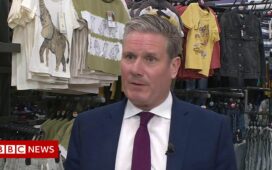 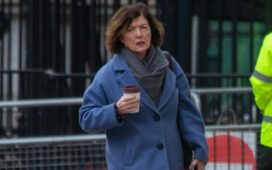 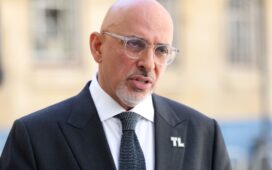