After months of fighting a losing battle with my demons and in an attempt to find light at the end of the long, dark tunnel of my mind, I enrolled in group therapy.

We gathered in a circle, facing a rather prophetic box of tissues and began to tell our stories, unpacking them like Russian dolls, to an audience of strangers.

The individual traumas that led to our being there were varied, yet we were united by both a desire to forget them, and a reluctance to accept that they could never be truly forgotten.

Trauma stays with you long after the event that caused it, which is why therapeutic services are vital to those who need it.

Post-traumatic stress disorder (PTSD) is routinely stereotyped in the public consciousness as a condition belonging solely to men returning from war, yet there are battles being fought much closer to home – in the minds and memories of those who have experienced sexual and non-sexual physical violence in their own living rooms.

This week, Solace Women’s Aid launched a campaign called #MakeItStop, focusing on the mental health impact of domestic abuse and sexual violence on the women and the children they work with.

As a charity that provides shelter for those fleeing from domestic violence, their services are in demand more than ever, during a pandemic that has left victims locked down with their abusers.

But escaping an abuser is just the beginning of their journey to recovery.

After I was assaulted by a man I knew, the emotional scars lasted longer than the physical bruises. Attending therapy made them fainter, less noticeable, but old wounds can be re-opened by the most trivial of things.

I’d flinch when hugged by a man – even if they were a friend. Every time I walked into a room, I would assess the potential danger of the people within it, weighing up the biggest threat and how I could defend myself against them.

If I woke up in the morning with the duvet up to my chin, I would be reminded of the sensation of his hands around my neck and lie there, paralysed for hours.

Therapy armed me against the triggers I was already aware of, but I could still be blindsided during the idlest of moments.

Just when I thought I was free from the memory of the assault, and the ensuing period of self-blame, the man’s name cropped up in conversation with a friend and everything came flooding back.

No matter how hard I tried to mentally distance myself from the events, my physiological responses kicked in.

My fingers trembled, my body went cold and my mind drew a blank. I sat there, lifeless and numb; the only way my body knew how to cope. As my physical senses returned, I excused myself and vomited in the guest toilet.

I worried that if I continued to reveal my pain to those close to me, I would be too much of a burden to bear and they would begin to grow tired of me.

I thought I would become the guy from The Beach who gets bitten by a shark and is left to die by his fellow islanders, who would much rather party in peace than listen to his cries for help.

As a victim of trauma, you worry that by showing pain you will isolate yourself from those around you. You’ve survived the metaphorical shark-attack, but you don’t know if you’ll ever be able to cope with the after-effects.

I’ve always struggled with the term ‘survivor’. It suggests that the trauma is past tense when in fact, the effects of sexual and domestic violence remain visceral and present.

Of course, true friends won’t leave you stranded on a beach, but talking to a therapist helped me in ways my friends couldn’t. Not only was he trained in how to deal with the issues I was experiencing, but he was completely disconnected from the rest of my life.

The other women in the group understood what I was going through, and at the end of each session, I could walk away without worrying they’d tell my other friends I’d been sick in the loo.

We’re approaching a time of year that’s steeped so heavily in the memory of years gone by.

The stress and emotion of Christmas means that triggers can have an even greater impact on your emotional and mental well-being. It’s a time when we look at our lives and compare it to previous versions of ourselves.

For some, that means questioning why they’ve stayed in the same stale – but comfortable – relationship. For others it may serve as a reminder that another year has gone by without being able to escape someone they don’t feel safe with.

As much as Christmas brings happy memories for some, it can bring back devastating ones to others. Forced to reunite with familial abusers or ex-spouses, the pressure to put on a brave face – for fear of spoiling the festivities – is greater than ever.

If you are trapped at home with an abuser this Christmas, there are services that can help you to navigate the process or help you to leave.

If you’ve escaped, but you’re struggling to be happy, especially at the ‘most wonderful time’ of the year – reach out.

Even if the person who caused you trauma was a stranger, and has no physical presence in your life, it doesn’t mean their present impact on your emotions is any less valid. Counselling and therapy services are available to help those on their long-term journey to healing and recovery and you will never be a burden.

Contrary to popular opinion, I don’t believe that time itself heals all wounds. It either makes you better at hiding them from the outside world, or increases the probability that you’ll reach out for help.

I’m glad I’ve been able to do the latter, because disguising pain is one of the most isolating experiences one can face.

We’ve all had a traumatic year, but as much as we may wish to forget it, the effects of 2020 will be with us for some time.

Pick up the phone.

For emotional support, you can contact the National Domestic Violence Helpline on 0808 2000 247. Alternatively, you can email Women’s Aid on helpline@womensaid.org.uk

For free and confidential advice and support for women in London affected by abuse, you can call Solace on 0808 802 5565 or email advice@solacewomensaid.org


MORE : I’m refusing to see my parents over Christmas – for their own safety 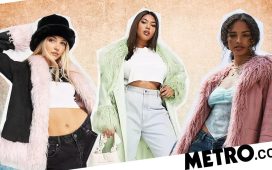 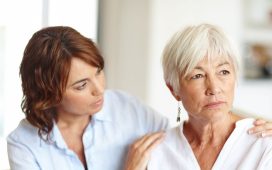 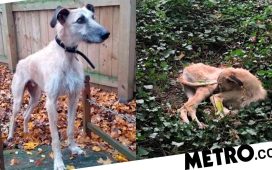