There will be exits at United too with fringe players likely to be pushed out the door, including Jesse Lingard, who will likely stay in the Premier League and has been linked to West Ham.

Elsewhere Tottenham have made contact with Angel di Maria about a possible move to the north London club, according to L’Equipe, as the 32-year-old’s contract runs out this summer. First, PSG want to bring Spurs midfielder Dele Alli the other way on loan until the rest of the season.

Reports in Germany say the new Chelsea manager Thomas Tuchel already has already identified the RB Leipzig defender Dayot Upamecano as his top target as he seeks to make an impact at Stamford Bridge. Frank Lampard’s sacking has meanwhile had the knock-on effect of leaving West Ham more confident than ever of keeping hold of Declan Rice. Follow all the latest news below.

Tuchel was announced as the new boss of Chelsea this week, but has ruled out making any signings in this window.

According to Sky Sports, however, the German is eyeing two major deals for next summer.

Alaba is out of contract with the Bavarian giants at the end of the season, but seems likely to join Real Madrid.

Haaland is under contract at Dortmund until 2024.

Haaland only joined Dortmund a year ago from RB Salzburg, but has scored a remarkable 37 goals in as many games for the club.

Chelsea spent over £200m in the transfer market last summer.

The Bundesliga club signed the defender from the Scottish club during the transfer window.

However, City had inserted a 30% sell-on clause in their deal when they sold Frimpong to Celtic in 2019.

City stand to make around £3.4 million from the transfer.

Everton’s Cenk Tosun has met with Besiktas ahead of a potential return to his former club this month.

Tosun has been linked with a move away from Goodison Park this month after playing a peripheral role under Carlo Ancelotti this season.

Turkish outlet NTV Spor speculates that the 29-year-old could be about to return to the place where he played from 2014-2018.

Tosun has only made five appearances for The Toffees this season, and was sent on loan to Crystal Palace last season.

The east London side have been in the market for a striker since the departure of Sebastian Haller earlier in the window.

West Ham have been searching for a striker since then, and it has been long reported that they turned to En-Nesyri, who is having his breakout season with Sevilla.

“There has been interest from some English teams for En-Nesyri, but the truth is that we had no intention of selling,” said Castro.

“The player himself has also said publicly that he is delighted to be here and wants to continue to grow at Sevilla, which he has also done.

“It is true that the player himself said clearly that he was not going to leave here and we are delighted.”

Chelsea boss Thomas Tuchel has ruled out making any signings in the remaining days of the transfer window.

Tuchel replaced Frank Lampard this week as Chelsea boss, and spoke in the aftermath of his new club’s 0-0 draw against Wolves.

Asked if he was going to make any signings before the window closed on February 1st, Tuchel said:

“I am very happy with what I have seen so far.

“N’Golo Kante came back today so we have 22 players and the goalkeeper.”

Alli has struggled since Jose Mourinho’s arrival at the club, and it has been reported that it was considered better for all concerned if the player left the club in order to gain first team football.

A reunion with Mauricio Pochettino has looked increasingly likely, with a loan agreement thought to be very close.

However, ESPN state that club chairman Levy is blocking the deal from going through.

Dzeko has fallen out of favour under coach Paulo Fonseca in the capital, whilst Sanchez has been used as a bit-part player under Antonio Conte.

Romano states that talks are taking place amongst the clubs, but there is nothing advanced at this stage.

Dzeko has been linked with a return to England during this transfer window, with West Ham reportedly having an offer rejected by the player.

West Ham’s hunt for a new striker is taking the club to Ligue 1, according to a report in France.

Laborde has scored six times and provided the same tally of assists for Montpellier in Ligue 1 this season.

The 26-year-old joined from Bordeaux in 2018, and his contract expires with Montpellier in June 2023.

Chelsea left-back Baba Rahman and striker Billy Gilmour are reportedly seeking to leave the club in order to find playing opportunities, according to The Daily Mail.

Rahman has almost been forgotten about at Stamford Bridge in recent years, and the 25-year-old is seemingly on the verge of a loan transfer to Greek side PAOK.

He’s been farmed out on loan to several clubs since, but is under contract at Stamford Bridge until June 2022.

Gilmour meanwhile, is seeking a loan deal away from the club after spending several months out through injury.

Yannick Bolasie has completed his move to Middlesbrough, joining on loan until the end of the season

The 31-year-old winger joined The Toffees in 2016, but failed to nail down a regular first team berth, and has spent several seasons on loan to various clubs.

“I asked him if he could help us out until the end of the season and get some fitness in at the same time.

“We can’t expect wonders but he’s a good lad and he can play different positions for me. He’ll be good in the dressing room and it’s a big boost for us.” 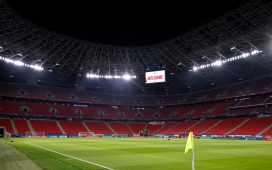 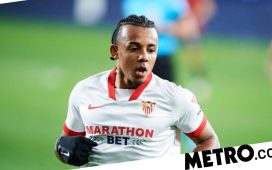 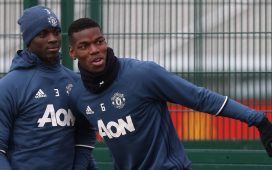 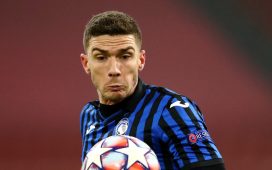 'He killed me': Angeliño takes aim at Guardiola over treatment