Michael Edwards may be stepping down from his role as Liverpool director at the end of the season, but with the Reds faced with a selection crisis come January, he may have to pull off one final piece of business.

Liverpool’s recruitment over the past few years has been excellent, and they have built one of the best sides in Europe under Jurgen Klopp which helped end their 30-year wait for a league title.

Their iconic front three of Mohamed Salah, Sadio Mane and Roberto Firmino is one of the greatest in recent history, but they face a major problem in January, as Salah and Mane will both be absent from the side due to the Africa Cup of Nations.

Edwards may have to pull off a transfer in January and could target a West Ham star who has impressed Klopp. 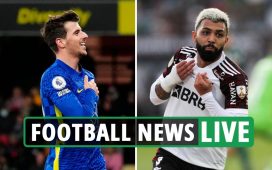