Transfer deadline day is here! Transfers have to be completed in the Premier League and everywhere else in England and Scotland by 11pm tonight, so we could see plenty of movement in the next few hours as clubs try to get their deals wrapped up.

Cristiano Ronaldo is now officially a Manchester United player after passing his medical. Daniel James won’t be his teammate for long though and is set to join Leeds United for £25m. The biggest deal still in the pipeline is Jules Kounde’s move to Chelsea, though the Sevilla defender is by no means certain to complete a transfer to Stamford Bridge today amid questions over the pricetag. A move for Saul Niguez from Madrid to west London is also in the works. Elsewhere, Ainsley Maitland-Niles has spoken out on his desire to leave Arsenal after a bid for him was turned down with Hector Bellerin set to get his own wish and leave before the deadline.

Overseas, Kylian Mbappe looks set to stay at PSG rather than move to Real Madrid, but Eduardo Camavinga and several other big deals could still go through. Follow the latest movements, rumours and completed transfers on deadline day as clubs ready themselves for the rest of the season ahead.

Atletico in a race against time to sign Greizmann

Atletico Madrid are working on a deal to bring Antoine Greizmann back to Wanda Metropolitano.

According to Sky Sports, The French forward could join his former club on a loan deal initially – with Atletico then having the option to make it permanent.

Talks are continuing, but both clubs only have a few hours left to complete their business as the Spainish window closes at 11pm.

Betis closing in on Bellerin

Hector Bellerin is on the verge of joining Real Betis from Arsenal.

The Spanish Right-back has been a long-serving member of the Gunners squad, but Fabrizio Romano has revealed that the player’s salary is all that stands in the way of the deal being completed.

Bellerin is thought to have completed his Betis medical earlier today.

AFC Bournemouth have announced the signing of Ryan Christie from Celtic.

The Scottish international arrives on a permanent basis, with the Cherries beating the likes of Premier League Burnley to his signature.

Christie is the second player Bournemouth have signed today after the arrival of Jamal Lowe from Swansea.

Kylian Mbappe has rejected yet another contract offer from his current club PSG.

French outlet La Parisien claim that an improved offer of 45m Euros per year has been turned down by the forward, who has his heart set on a move to Real Madrid.

PSG have rejected several advances from Real in the closing days of the summer window.

Manchester City youngster Tommy Doyle has been loaned to 2.Bundesliga side Hamburg for the remainder of the season.

The 19-year-old midfielder has made a handful of appearances for the Premier League champions, but he is now set to link-up with former England U17 teammate Xavier Amaechi – as Hamburg aim to return to the top flight of German football.

It’s set to be a busy few hours for Wolves, who are reportedly attempting to seal a deal for Kieffer Moore.

The Cardiff City and Wales striker impressed at Euro 2020 earlier this summer, peaking the interest of several Premier League clubs in the process.

Sky Sports indicate that a fee is yet to be agreed between the two clubs – with any potential transfer complicated by Moore currently being in isolation.

QPR have completed a deal for Watford forward Andre Gray.

The 30-year-old bagged five goals in the Championship for Watford last season, helping the Hornets to seal promotion to the Premier League.

The fee for the Jamaican goalscorer is yet to be disclosed.

“After the Euro 2020 final, I was in England for a few days, I went on holiday for a few weeks, when I’m away I’m rarely on my phone. I knew there was a lot of noise about me. But I knew the situation. Everybody has their opinions on it, but that’s part of the profession we’re in”, Kane told TalkSport.

“No, I don’t think so,” the Spurs striker added when asked if this episode has damaged his reputation. “I was calm with the situation, but when you’re in it and you know the truth, your conscious is clear.

“A lot of people know me as a professional athlete who has dedicated his life to the game and that’s what I’ll continue to do.”

The right-back netted in the club’s 6-0 Second Round Carabao Cup triumph over Barrow, although he has not featured in the Premier League this term. 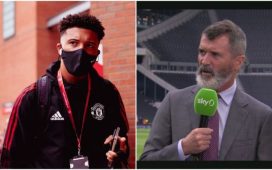 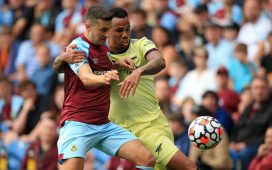 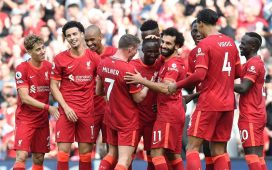 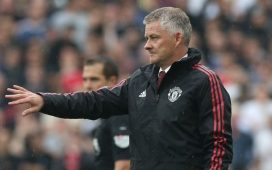 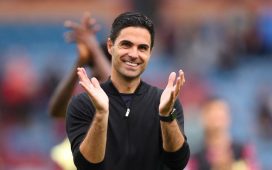 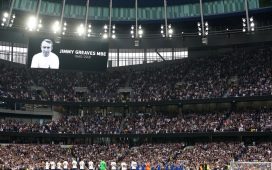