All 12 Republican senators who have pledged not to ratify the electoral college results on Wednesday, and thereby refuse to confirm Joe Biden’s resounding victory over Donald Trump in the presidential election, declined to defend their move on television, a CNN host said on Sunday.

“It all recalls what Ulysses S Grant once wrote in 1861,” Jake Tapper said on State of the Union, before quoting a letter the union general wrote at the outset of a civil war he won before becoming president himself: ‘There are [but] two parties now: traitors and patriots.’

“How would you describe the parties today?” Tapper asked.

The attempt to overturn Trump’s defeat seems doomed, a piece of political theatre mounted by party grandees eager to court supporters loyal to the president before, in some cases, mounting their own runs for the White House.

Nonetheless on Saturday Ted Cruz of Texas and Ron Johnson of Wisconsin led 11 senators and senators-elect in calling for “an emergency 10-day audit” of results in states where the president claims electoral fraud, despite failing to provide evidence and repeatedly losing in court.

The senators followed Josh Hawley of Missouri – like Cruz thought likely to run for president in 2024 – in pledging to object to the electoral college result. A majority of House Republicans are also expected to object, after staging a Saturday call with Trump to plan their own moves.

Democrats control the House and senior Senate Republicans are opposed to the attempt to disenfranchise millions – many of them African Americans in swing states – seemingly guaranteeing the attempt will fail. Nonetheless, Vice-President Mike Pence, who will preside over the ratification, welcomed the move by Cruz and others.

A spokesman for Biden, Michael Gwin, said: “This stunt won’t change the fact that President-elect Biden will be sworn in on 20 January, and these baseless claims have already been examined and dismissed by Trump’s own attorney general, dozens of courts, and election officials from both parties.”

Mitt Romney, the 2012 Republican nominee now a senator from Utah, said: “The egregious ploy to reject electors may enhance the political ambition of some, but dangerously threatens our democratic republic.

“…More Americans participated in this election than ever before, and they made their choice. President Trump’s lawyers made their case before scores of courts; in every instance, they failed.

“…Adding to this ill-conceived endeavour by some in Congress is the president’s call for his supporters to come to the Capitol on the day when this matter is to be debated and decided. This has the predictable potential to lead to disruption, and worse.”

Encouraged by Trump, far-right groups including the Proud Boys are expected to gather in Washington on Wednesday.

On Sunday Romney – and fellow Republicans Lisa Murkowski (Alaska), Susan Collins (Maine) and Bill Cassidy (Louisiana) – was part of a bipartisan group of 10 senators who rejected attempts to overturn the election. On Saturday Pat Toomey, a Republican from Pennsylvania, a battleground state, also registered his opposition.

Georgia, where Trump refuses to accept defeat, goes to the polls in vital Senate runoffs on Tuesday. Stacey Abrams, a former gubernatorial candidate there, told ABC’s This Week: “It’s always dangerous to undermine the integrity of elections without evidence.”

The Democrat lost her 2018 race to Brian Kemp, a Republican who ran his own election as secretary of state. Abrams refused to concede. Asked about Republican claims Trump’s objection is no different, she said: “Well, it’s not simply different circumstances. It’s apples and bowling balls.

“I pointed out that there were a series of actions taken that impeded the ability of voters to cast their ballots. And in almost every one of those circumstances the courts agreed, as did the state legislature.”

By contrast, she said, “President Trump has lost every single one of his challenges in the state of Georgia and he has no evidence.”

The Washington Post reported that it had obtained a tape of an “extraordinary hour-long call” on Saturday, in which Trump pressed Georgia secretary of state Brad Raffensperger to overturn Biden’s victory.

“The people of Georgia are angry, the people in the country are angry,” Trump said. “And there’s nothing wrong with saying, you know, um, that you’ve recalculated.”

Raffensperger said: “Well, Mr President, the challenge that you have is, the data you have is wrong.”

Trump acknowledged the call, tweeting that Raffensperger “was unwilling, or unable, to answer questions such as the ‘ballots under table’ scam, ballot destruction, out of state ‘voters’, dead voters, and more. He has no clue!”

“We have a deep cancer in American politics,” Sasse added. “Both Republicans and Democrats are growing more distrustful of the basic processes and procedures.”

The senators who followed Hawley made the same point, pointing to polling. On Sunday, Johnson said they were acting “to protect” democracy.

Such arguments are in bad faith – blame for public distrust weighs heaviest by far on the White House and its allies. To Johnson’s insistence that “tens of millions” believe the election was “stolen”, NBC Meet the Press host Chuck Todd suggested he “look in the mirror” if he wanted to work out why.

Todd then cut Johnson short, saying: “You don’t get to make these allegations that haven’t been proven true.”

On CNN, Tapper played remarks by Hawley from January, during Trump’s impeachment.

“The consequences to the republic of overturning an election because you don’t like the result,” Hawley said, “and because you believe that that election was somehow corrupted, when in fact, the evidence shows that it was not … that’s an interesting approach. I think it’s crazy, frankly.”

Scotland will hold independence referendum if SNP wins in May, says Sturgeon 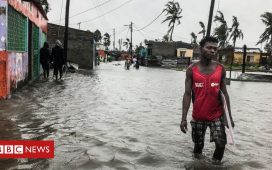 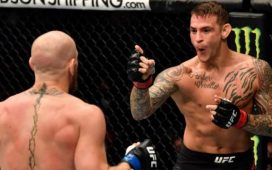