Tragic toddler, 3, murdered outside his home by gang in ‘revenge’ drive-by shooting against uncle


A THREE-year-old boy has died after he was shot in the chest at his home in Buenos Aires, in a suspected revenge attack on his uncle by a neighbourhood gang.

Benjamin Inigo was shot dead outside the family home in the Argentine town of Gonzalez Catan, at around midnight on December 26.

Two men reportedly exited a grey Ford Focus before they began firing at the house where Benjamin lived with his mother, grandmother and 20-year-old uncle Cristian Inigo.

The toddler was at the door of the home when one of the shots hit him in the chest.

The shooters then fled the scene in the Ford Focus as Benjamin’s family called the emergency services.

He was rushed to the Figueroa Paredes Clinic in Laferrere, before he tragically succumbed to his injuries.

Benjamin’s grandmother, 61-year-old Josefa Monserrat, also suffered a gun shot wound to the leg and received treatment at the hospital.

She has been discharged and is recovering from her wounds.

The victims uncle, Cristian Inigo, told police that the shots were fired at him in retaliation after a local gang attempted to steal a motorbike from a neighbour’s property.

He explained how he had traded insults with three young men who passed his home on a motorcycle while he was drinking on the pavement with friends on December 24.

Inigo claimed to recognise two of the bikers, one of them believed to be a minor, who fired “warning” shots into the air to intimidate him.

He also claimed to hear one of the gang members say they “would return for revenge”.

Police believe the gang opened fire at Inigo when they recognised him outside the home, during an attempted robbery.

However, they hit the innocent three-year-old boy and his grandmother, who had approached the front door.

Police said they are still searching for the suspects, who they have identified and are wanted for homicide.

Officers also revealed that the Ford Focus the gang were driving had been stolen hours earlier, in the nearby town of Gregorio de Laferrere.

The prosecutor in charge of the case, Federico Medone, ordered the analysis of security cameras in the area, InfoBae reported.

What are Nostradamus’ 2021 predictions and did he foresee Covid?

Family member Laura Inigo wrote on Facebook: “Three years old, a whole life ahead… Your departure hurts so much, my love… Justice for Benja!”

A march demanding justice for the little boy took place at 5pm on December 27, on the street where the shooting took place.

The investigation is ongoing and no arrests have yet been made. 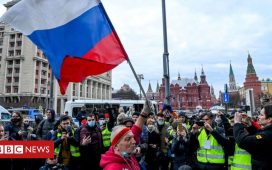 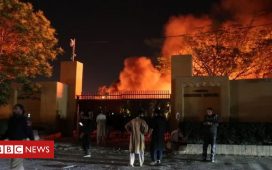 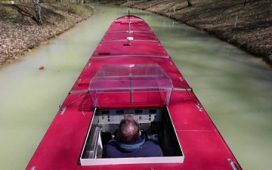