Tracey Emin reveals she has been treated for cancer


Tracey Emin has revealed she was diagnosed with cancer earlier this year and is now in remission after an operation in the summer.

The artist, one of the most famous of her generation and known for her frank work, said in an interview with Artnet that she had been working on a picture of a malignant lump when she began to feel pain in her bladder, which was caused by a tumour.

Emin said many of her reproductive organs were removed during her treatment and she was fitted with a stoma bag. “I had fucking cancer, and having half my body chopped out, including half my vagina, I can feel more than ever that love is allowed,” she said.

She said the experience and growing older has not diminished her desire to work. “At my age now, love is a completely different dimension and level of understanding,” she said.

“I don’t want children, I don’t want all the things that you might subconsciously crave when you’re young. I just want love. And as much love as I can possibly have. I want to be smothered in it, I want to be devoured by it. And I think that is okay.”

Emin also said she had “only really got going in the last five years” and started to understand why she was painting. She said she felt she still had a lot of work left to do in her life, and that she had struggled to be patient with her body as it recovered. “Yesterday, I was crying because I wanted to paint and I didn’t have the energy to do it, she said.

Emin also reflected on the #MeToo movement and the fact that when she was talking about her own experiences of sexual abuse she was called a narcissist and someone who moans.

“Now, there is a language for women to express themselves thanks to #MeToo,” she said. “It’s good that times are catching up, but I wish I hadn’t been accused of being narcissistic back then.”

Her new show, Details of Love, is about “the things that you notice when you’re in love”, but she will not be at the opening in Brussels on 30 October. “The rain is beautiful when you’re in love … It’s about understanding those small dots, the small things,” she said.

Emin revealed in June that her cousin had died of Covid-19. She also said she found lockdown to be a productive period for her while promoting her I Thrive on Solitude show, which was at the White Cube this summer.

She was supportive of the group who took down the Edward Colston statue in Bristol this summer, she said: “I think it’s good they are being taken down but they should go to a museum, not be destroyed.

“It’s exciting to see what will be put in their place. Nice to know it’s not going to be a load of stale old men,” she said. 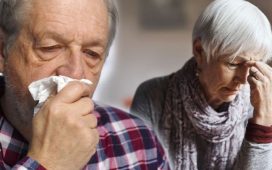 Statins side effects: Two symptoms reported which can make a person feel unwell 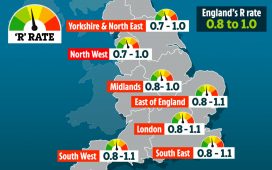 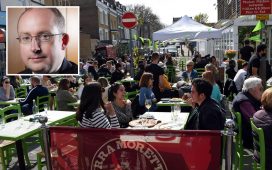 Roadmap out of lockdown should be DELAYED due to Indian variant surge, expert warns