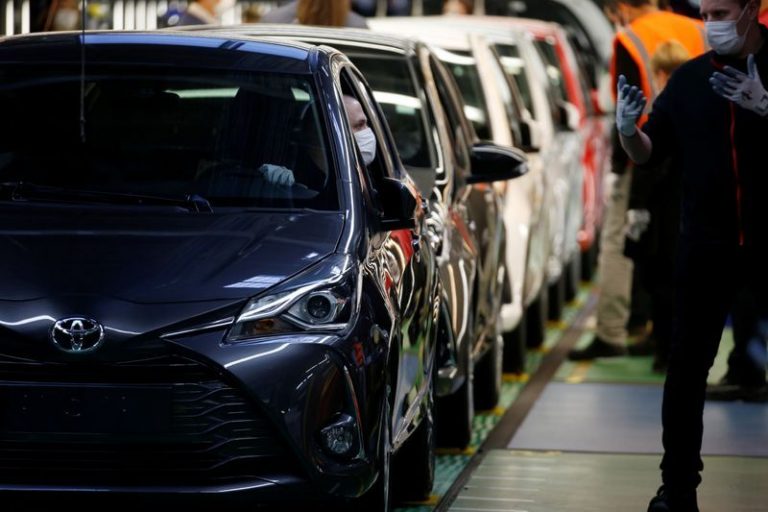 Japan’s top automaker is likely to project an operating profit of more than 1 trillion yen ($9.66 billion) for the year to March 31, 2021, the Mainichi said, without citing sources.

The average estimate from 26 analysts polled by Refinitiv is for full-year operating profit of 1.25 trillion yen (£9.18 billion). That compares with a 2.47 trillion yen profit last business year.

A Toyota spokesman declined to comment on the report.

Although still less than last year, demand has bounced back, particularly in China, the world’s biggest auto market. Toyota and its rivals are pinning their recovery hopes on winning business there as China recovers from the pandemic faster than other countries.

In August, Toyota predicted a full-year 500 billion yen operating profit, the weakest in nine years, after global sales slumped as the pandemic kept people away from dealerships and closed car plants.

Toyota has seen demand in China increased for its electric cars and Lexus luxury brand.

Overall vehicle sales in China in September increased 12.8%, a sixth straight monthly gain, although sales were still 6.9% lower than the same time a year earlier.

A senior Toyota executive in China said in September that annual global sales of electrified vehicles could reach 5.5 million in 2025, five years earlier than initially planned.