Bright yellow police tape fluttered in the breeze outside a restaurant just off the main strip in the Mexican resort town of Tulum, as the lights of a nearby police truck flashed blue and red.

Troops in camouflage fatigues stood guard outside the deserted late-night eatery La Malquerida, “The Unloved” – the site of a gangland shooting that killed two female tourists and wounded another three holidaymakers.

Anjali Ryot, an Indian travel blogger who lived in California and was on holiday celebrating her birthday, and German tourist Jennifer Henzold, died in the 20 October attack that is believed to have been launched by one of several local crime groups in an attempt to assert control over the area’s drug and extortion rackets.

The attack made headlines around the world. But within days, the scene on Centaura Sur Street was back to normal: on a recent evening, restaurants were packed and the aromatic smell of the copal incense burned by street traders filled the air.

Most tourists flocking to the Mayan Riviera are unaware that they are holidaying on a battlefield, said one local worker. “They’re chilling, but they’re in the middle of a war,” he said.

The violence is not restricted to Tulum. Last month, guests at a resort 100km up the coast near Cancún rushed for cover after masked gunmen stormed a hotel beach by boat and opened fire, killing two suspected rivals.

The two attacks are just the latest in a string of high-profile incidents along the Mayan Riviera that have put the crown jewel of the country’s tourism industry on edge.

Tourists still flock to Tulum, drawn by its yoga retreats and Instagram-friendly white sand beaches and ancient Mayan ruins. The town, which in 2017 declared itself the world yoga capital, is also a fixture on the global DJ circuit.

But the violence has prompted fears that it may follow the path Acapulco – a once-glamorous resort town now overwhelmed by drug violence.

“Tulum is swiftly becoming very dangerous and could become another Mexican monster town,” warns Dr Rafael Barajas, president of Tulum’s citizen observatory. “Everyone is extremely upset about the violence. We’re looking at this, frightened, and wondering if it’s going to end.”

Between January and September Tulum saw 65 murders – an 80% rise on the same period last year.

A US firefighter was kidnapped from a resort and killed in July, while two Mexicans were killed and an American woman was wounded in June when gunmen opened fire from jet skis. Visitors from Spain, Belize and Uruguay have also been killed.

On a recent afternoon, two gunshots rang out downtown but few people batted an eyelid – and a group of traditional musicians started performing nearby almost immediately.

Tourists appear mostly oblivious to the rising strife, as they often do not stay for long, but locals describe an atmosphere of fear and mistrust.

In April, President Andrés Manuel López Obrador, known as Amlo, described the local police as “rotten” and they were replaced by state officers after a string of abuses including the death in custody of a Salvadoran refugee.

Mexico’s government has announced plans to deploy a battalion of national guards to the region, and build a base in Tulum.

But Amlo’s anti-crime strategy has failed to stop the bloodshed, and murder rates remain stubbornly high. The president has been criticized for his reliance on the military rather than reforming the police, who are often outgunned by warring crime factions.

Local officials say that about 10 rival groups are fighting to control Tulum’s extortion rackets and the lucrative local drugs market. “We are facing an issue of supply and demand for drugs,” prosecutor Oscar Montes de Oca told local radio.

Hoteliers have blamed growing demand for narcotics on a boom in festivals and parties, which continued throughout the pandemic.

One bar worker said establishments face a choice of paying protection money, permitting drug sales on their premises, or shutting down

The rapid growth of Tulum’s tourist industry has brought not just violence but starkly uneven development and serious environmental damage.

“If we stay on this path there are going to be more and more shootings and people will continue to sell their places and leave,” said Karla Acevedo, spokesperson for a group of environmental activists, Sustainable Tulum. “Tulum has to decide what kind of destination it wants to be.”

“Birds and mammals have been killed on the highways after fleeing big events in the jungle and loud music,” she adds. “Plus, we’re connected to the biggest underground freshwater system in the world and we’re polluting it because we don’t have proper sewers.”

A new airport is expected to boost a tourism industry that brings in the majority of the state’s revenue. A record number of Americans reportedly visited the Quintana Roo region in 2020, with about 4 million tourists of all countries coming to Tulum each year.

To cater for the growing demand, the building of new condominiums and luxury hotels proceeds apace – casting a growing shadow over adjacent shanty towns.

“There’s a feeling you can do whatever you want to do when you come to a place like Tulum,” said Acevedo, of investors, tourists and criminals. “There is so much corruption and impunity; it’s generating a sense of chaos.” 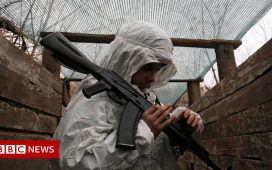 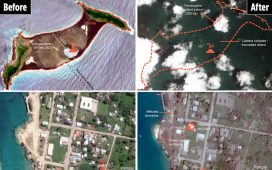 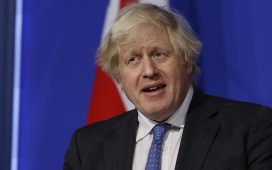 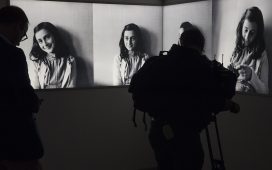