Jose Mourinho’s side are negotiating an exhausting fixture pile-up, having edged past Macedonian side Shkëndija in the third round of Europa League qualifying earlier this week. Spurs suffered a drab defeat on the opening day against Everton but recovered to beat Southampton in spectacular fashion as Son Heung-min scored four goals.

Meanwhile, the Magpies have put the despair over their failed takeover behind them, defeating West Ham to begin their campaign in fine spirits before a poor loss against Brighton quickly deflated that air of positivity. However, a 7-0 thrashing of Morecombe in the Carabao Cup in the week will have restored that momentum for Steve Bruce’s side. Follow all the action below at the conclusion of Sheffield United vs Leeds:

3 mins: Jonjo Shelvey pulls Gio Lo Celso back on the edge of the box and Spurs win an early free kick. The set piece is just to the right of goal. Lo Celso takes it, and forces Darlow into a leaping save, it comes to Kane who shoots on the rebound but Darlow recovers to stop the shot with his chest! What a start for the Newcastle goalkeeper.

Kick off: Newcastle get the match started sending the ball out to the left wing and conceding a throw in.

We’ll bring you reaction from Bramall Lane but now the focus moves to the Tottenham Hotspur Stadium where Spurs prepare to host Newcastle.

Leeds get another win and look comfortable with life in the Premier League. Both goalkeepers had brilliant games today but a Patrick Bamford header in the 88th minute was the difference between the two sides.

90+2 mins: Alioski comes on for Rodrigo, who himself was a substitute. Leeds try to keep the ball in the corner as they run down the clock.

88 mins: GOAL! Rodrigo wins the ball on the edge of the box and sends it out wide to Harrison. Harrison crosses the ball into the box and raises his arms in celebration. The cross finds Bamford who puts away the header and Leeds have the lead right at the end of the second half!

84 mins: Baldock slips into the box as the ball comes in and Meslier goes for it. Baldock clatters into the goalkeeper and both men take a breather after the collision.

81 mins: Oh my! A Blades corner is whipped into the box, McBurnie goes for the header but misses the ball, instead it falls for Robinson who volleys it wide of goal. 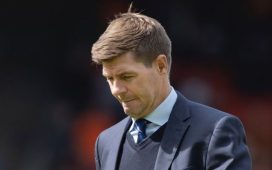 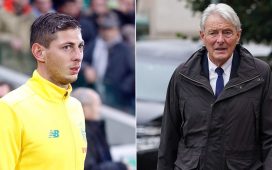 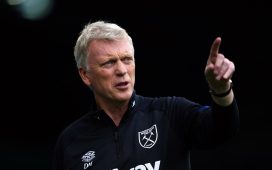