Tottenham’s match against Fulham has been postponed due to a Covid-19 outbreak at the west London side.

Fulham contacted the Premier League to request the postponement after a “significant rise” in the number of positive tests in their squad.

The news was eventually confirmed by the Premier League less than three hours before the scheduled kick off after the Tottenham manager, José Mourinho, had expressed his frustration in a video posted on Instagram just after 2pm. “Match at 6pm … We still don’t know if we play. Best league in the world,” he wrote.

“The match between Tottenham Hotspur and Fulham, due to be played at 18:00 GMT this evening, has been postponed following a Premier League Board meeting this afternoon,” read the Premier League statement.

“Fulham lodged a request with the Premier League Board to rearrange the fixture following a significant rise in positive Covid-19 cases, as well as a number of players showing symptoms today. The Premier League Board has consulted its medical advisors and the decision to postpone the game has been taken as a precaution and with the health of players and staff as the priority. The group will now be retested immediately.”

It is the third Premier League match to be postponed due to coronavirus after Everton’s game against Manchester City was called off on Monday less than four hours before 2,000 supporters were due to attend at Goodison Park.

“With low numbers of positive tests across the overwhelming majority of clubs, the Premier League continues to have full confidence in its Covid-19 protocols and being able to continue to play our fixtures as scheduled,” added the Premier League statement. The League wishes those with Covid-19 a safe and speedy recovery and will rearrange the postponed fixture between Tottenham Hotspur and Fulham in due course.”

Fulham’s head coach Scott Parker missed the club’s last match at home to Southampton after a member of his household tested positive. Parker went into self-isolation for 10 days having tested negative and returned to training on Monday.

Meanwhile, Everton have not yet received a clarification from the Premier League fully explaining the reasons why their match with City was called off, according to their manager Carlo Ancelotti.

The Premier League agreed to rearrange the game as a precaution after City lodged a request when fresh Covid-19 cases were detected in their squad, but Everton asked for a “full disclosure” regarding the outbreak. Premier League rules state that a game cannot be postponed unless a team has fewer than 14 players available.

“We didn’t receive full information from the Premier League on the postponement but we expect it soon,” Ancelotti told reporters before Friday’s match against West Ham. “We were at the hotel but it doesn’t matter if it’s early, it doesn’t change the situation, which was quite clear. We move forward.” 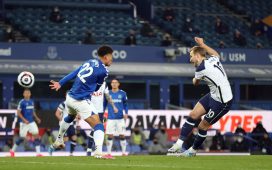 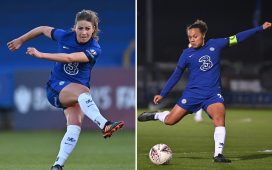 Chelsea 5 London City Lionesses 0: Leupolz and Spence on target as Blues waltz into fifth round of Women’s FA Cup 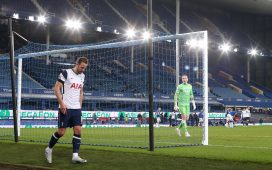 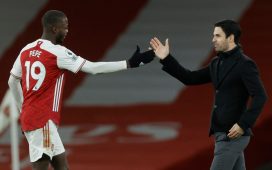