TOTTENHAM are trying to re-sign Gareth Bale on loan – in a bid to stop him from joining Manchester United.

Spurs chiefs fear United are closing in on a deal to take the Wales star from Real Madrid for the rest of the season.

So they are frantically putting together a package to entice him back to North London.

Spurs chairman Daniel Levy, who negotiated Bale’s sale to the Bernabeu in 2013 for a then-world record fee of £86million, is keen to make the deal happen.

He reckons bringing the Welshman – whose shirts have been pulled from the Real shop – back would appease their fans and lift the gloom that has descended on the club since Sunday’s 1-0 home defeat by Everton.

But Tottenham know they now have to move quickly as rivals United are attempting to seal a season-long loan for the former Southampton trainee – who can leave Real Madrid after being frozen out by their manager Zinedine Zidane.

The Spanish giants don’t care which club takes Bale, 31, off their hands for the campaign.

Bale is prepared to leave Madrid on loan this summer but is keen to remain on his mega £650,000-a-week wages.

As a result, both United – who could get Bale into their team any one of five ways – and Spurs hope Real Madrid will still continue paying part of his salary in a bid to ease their crippling wage bills.

Spurs also have their £1billion arena still to pay off and that has so far restricted their activity in this transfer window to two £15m signings in midfielder Pierre-Emile Hojbjerg and defender Matt Doherty and a Bosman in goalkeeper Joe Hart.

Mourinho – who told Bale back in 2017 he wanted to sign him – has made no secret of his and the club’s desire to bring in another striker to take the goalscoring burden off Harry Kane.

But the addition of playmaker Bale – who netted 55 times in 204 appearances in all competitions for them in six years after signing from Southampton for £7m in 2007 – would undoubtedly add goals to the Spurs team.

SunSport told you how United had been looking at a one-year deal for Bale. 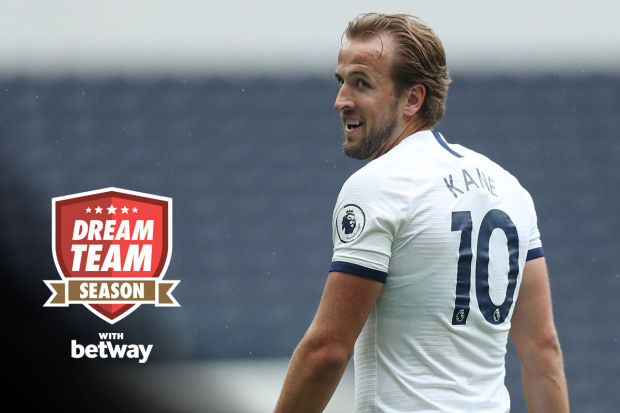 And there is the option of a second season on the table if all goes well.

Bale admitted earlier this month he wants to find a way to leave the Spanish champions but claimed the club had blocked his attempts in the past.

He said he was unhappy Real had a late change of heart to stop him moving to China, and that club bosses had also stood in his way of other chances to get away since then.

Joelinton double at Morecambe helps Newcastle to biggest ever away win