Baroness Philippa Stroud – a former aide to Iain Duncan Smith – has unveiled a House of Lords amendment that would allow MPs and peers a vote on keeping the £20-a-week uplift in DWP benefits. But it’s very unlikely to actually cancel the cut

A Tory architect of Universal Credit has unveiled a last-ditch plea to reverse the £20-a-week cut.

Philippa Stroud published a House of Lords amendment tonight that would keep the 18-month-long Covid uplift – which is being removed from 5million benefit payments between October 13 and November 12.

Her amendment to the Social Security (Up-rating of Benefits) Bill would force ministers to hold a vote on reinstating the £20-a-week within a month of the Bill being passed.

Such a vote would not be binding, but would allow both Houses of Parliament to declare it “desirable” that the cut – which was never put to a vote – is reversed.

Baroness Stroud, who was Iain Duncan Smith’s Special Advisor when he designed the benefit, has warned through the Legatum Institute think thank that 840,000 Brits teetering on the edge of poverty would be hit by the cut including 290,000 children.

She said: “It is with a heavy heart that I have laid an amendment to the Social Security Uprating Bill to restore the Universal Credit £20 uplift.

“I do not take lightly the idea of disagreeing so fervently with my Conservative Government, or of breaking with parliamentary convention.

“But this cut is a grave misstep and risks undermining the levelling up agenda, leaving behind society’s most vulnerable people and putting at risk the stability of many homes up and down the country as we enter an unpredictable winter.”

Baroness Stroud intends to table the amendment in a Lords debate on Tuesday, though it is not guaranteed that it will come to a formal vote.

A similar amendment by Sir Iain in the Commons was ruled out of scope because the Bill does not cover Universal Credit payments.

Instead it covers the scrapping of the pensions triple lock this year.

A separate Labour amendment to the Bill would force the government to reveal the effect of scrapping the triple lock on pensioner poverty.

Baroness Stroud added: “It is not right, at a time where the country has just emerged from a pandemic and a series of damaging lockdowns, while it is suffering rising energy bills and an increase in the cost of living, to take £20 per week away from our most vulnerable people.

“Removing this vital lifeline for children under two and the disabled – who cannot work – is a clear breaking of our social contract with those that are most in need and is fundamentally un-Conservative, and I urge the Chancellor to think again.”

A Government spokesperson previously said of Baroness Stroud’s pleas: “As announced by the Chancellor at the Budget, the uplift to Universal Credit was always temporary. 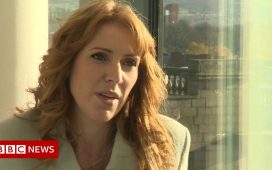