Tory MPs are furious at Boris Johnson’s continued mishandling of the Covid pandemic.

Just when the nation needs a Winston Churchill to save us from an enemy, one says what we have is a bungling Captain Mainwaring.

And the PM’s cackhanded Cabinet is not much better – less crack troops and more a fumbling Home Guard. Save one.

Rishi Sunak has had a meteoric rise to the second most powerful job in the land.

And he’s increasingly being seen as a better candidate for leader – he scored 37 per cent against his boss’s 28 per cent in poll of voters yesterday.

But his supporters know it will take fancy footwork to force out a leader with an 80-seat majority.

The PM’s backbech troops have been expressing their anger as:

Johnson wants MPs to extend his emergency powers in the Coronavirus Act – but the rebels insist Parliament must approve any more restrictions to stop him making more errors.

MPs are also uncomfortable about strict new rules being imposed without clear evidence to back them up.

A senior Tory said: “There may be good reason for pubs to close at 10pm but we haven’t heard what it’s based on.”

Another Tory MP moaned: “First we’re told masks don’t protect against the virus. Then the PM doubles the fine to £200 for not wearing them. That doesn’t inspire confidence in his judgement.”

With world deaths set to reach one million, Johnson still likes a Churchillian flourish, as in his national address when he warned: “Never in our history has our collective destiny and our collective health depended so completely on our individual behaviour.”

But Tories say he lost his touch since his own serious brush with Covid-19.

“He no longer seems to be firing on all cylinders,” said one. “There’s a resemblance to Captain Mainwaring and Dad’s Army – with ministers scuttling around in a panic saying, ‘Don’t panic!’.”

Others blame the mistakes on the small clique of aides headed by Dominic Cummings.

But what really angers Tory MPs is the PM’s inability to spot an elephant trap everyone else can see, only to U-turn later.

He dug in his heels against free school meals over summer for 1.3 million needy children until Manchester United ’s Marcus Rashford stepped in.

One MP said: “This was not the hill to die on. It was embarrassing it took a 22-year-old footballer to teach the Government how to do the right thing.”

There was plenty of warning the algorithm used by Education Secretary Gavin Williamson to assess A-levels would downgrade four in 10 students.

A frustrated Tory MP said: “It was obvious he should have followed Scotland’s example and accepted teacher assessments immediately.”

Meanwhile, Ipsos Mori says confidence in the Government has fallen 10 points since August with half now saying Boris is handling things badly and fewer than one in three saying he’s doing a good job. 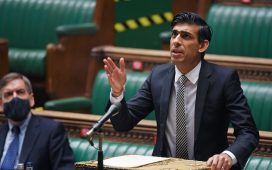 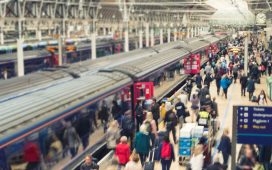 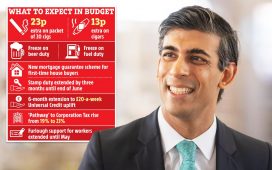 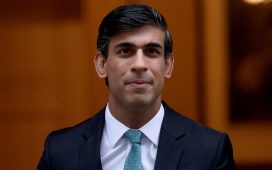 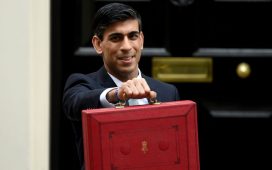 Budget at a glance – £18k for pubs, help to buy homes and no rise on booze