A Tory MP has finally admitted to Parliament he owns a former slave plantation where his family made millions.

Richard Drax registered the details as the Sunday Mirror revealed his ancestors’ past – and how he still makes a packet from the business.

The Drax Hall Plantation in Barbados was added to the Register of Members’ Interests on December 11 – days after we told the MP we were running a story.

He also added other assets we highlighted as missing, including land in North Yorkshire and property in Dorset and in Surrey.

On December 13 we told how the MP for South Dorset had taken control of the 250-hectare sugar plantation, which had a slave workforce from 1640-1836.

We revealed he is the wealthiest landowner in the Commons – and worth as much as £150million through a series of trusts.

Sir Hilary Beckles, chair of the Caribbean Community Reparations Commission and vice-chancellor of the University of the West Indies, said: “People of Barbados and Jamaica are entitled to reparatory justice.

“Black life mattered only to make millionaires of English enslavers. The Drax family did it longer than any elite family.”

There is precedence for compensating descendants of slaves. Oxford and Glasgow universities gave £100,000 and £20million respectively to Caribbean counterparts after it emerged they received donations linked to slavery.

“He could donate his inheritance to the island on which it stands and still have plenty of property left.”

Richard Drax was gifted the plantation by his father.

Mr Drax – who has described his ancestors’ slavery role as “deeply, deeply regrettable” – said: “I have updated my entries to include the property in Barbados, although that disclosure is not necessary until it has been legally transferred to me.

“In reviewing the entries I realised an agricultural property transferred from my mother to me after my father’s death had not been included on the register.

“My parents died in short succession and administration of both estates is ongoing.

“The process has been complicated, which led to this accidental oversight.” 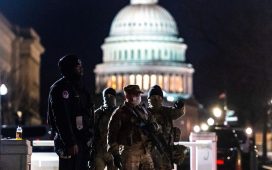 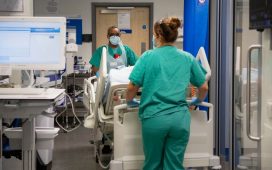 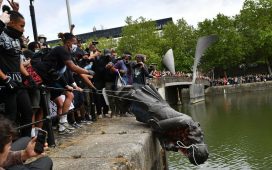