Conservative backbencher Steve Baker has urged the government to press ahead with lifting England’s remaining Covid restrictions on 21 June despite a sharp rise in cases.

The health secretary, Matt Hancock, said in the House of Commons that ministers faced a “challenging decision” about whether to proceed as planned with the final stage of the government’s roadmap.

Baker, vice-chair of the Covid Recovery Group of backbench MPs, said 21 June represented a “last chance” for industries including hospitality and tourism, that “make life worth living,” and it was time to allow the public to “reconnect with family and friends and regain our mental health”.

He claimed that by that date, all over-50s and vulnerable younger adults should have been given the opportunity to receive two doses of Covid vaccine.

“These groups represent about 99% of Covid deaths and about 80% of hospitalisations,” he said. “As of today, according to announcements made by the government, these groups should all have been offered a chance to have had a second dose. It would be helpful for the government to clarify that this has been achieved.

“If this brilliant milestone isn’t enough to convince ministers that we need to lift all remaining restrictions – especially social distancing requirements – on 21 June, nothing will ever get us out of this.”

Baker’s intervention underlines the pressure the prime minister faces from colleagues as he weighs up whether to delay the final lifting of restrictions until more people can be protected.

The government has previously said it intends all adults to have been offered two doses of the vaccine by the end of July.

Hancock has warned that the Delta variant of the virus, which originated in India, appears to be around 40% more transmissable than the previous strain.

Some experts have warned that despite vaccination offering good protection against the variant, particularly after two doses, hospitalisations could still increase dramatically, in a way that could eventually threaten NHS capacity.

The decision about whether to go ahead with the final stage of reopening is not expected to be announced until next Monday, after Boris Johnson has hosted world leaders for the G7 summit in Cornwall over the weekend.

When the roadmap to reopening was first announced in February, Johnson set out four criteria for going ahead as planned, with one of those being “our assessment of the risks is not fundamentally changed by new variants of concern”.

But Tory backbenchers have dubbed 21 June “freedom day,” and will put intense pressure on the prime minister to go ahead with the final stage of reopening, despite the uptick in cases.

Johnson told colleagues at Tuesday’s cabinet meeting: “while the relationship between cases and hospitalisations has changed, we must continue to look at the data carefully ahead of making a decision on step 4.” 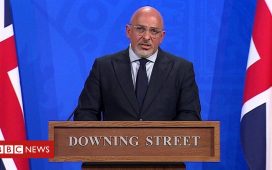 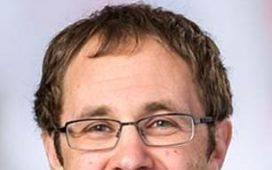 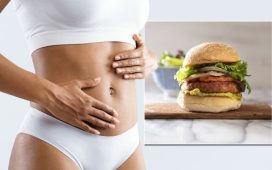 Gut health foods: The best diet to transform gut health according to a nutritionist

Sadia Hussein: the FGM survivor who is saving girls from the knife