Keir Starmer has suffered a brutal defeat in the Hartlepool by-election, following a grim night of results for Labour.

In his first, stinging electoral defeat since taking over from Jeremy Corbyn a year ago, Mr Starmer led his party to lose council seats across the north – as well as the North East town, which has been a Labour stronghold for six decades.

Tory candidate Jill Mortimer handily overturned Labour’s 3,595 from the 2019 general election – extending it to a 6,940 majority of her own – increasing the Tory vote by 23%.

In her victory speech, Ms Mortimer said: “Labour have taken the people of Hartlepool for granted for too long. I heard it on the doorstep time and time again. And they’ve had enough.”

This morning, after the scale of their defeat became clear, a Labour source vowed Keir Starmer would take responsibility for the thrashing – and for fixing it.

The source said: “The message from voters is clear and we have heard it. Labour has not yet changed nearly enough for voters to place their trust in us.

“We understand that. We are listening. And we will now redouble our efforts.

“Labour must now accelerate the programme of change in our party, to win back the trust and faith of working people across Britain.

Polls and pundits had long predicted the defeat – which came after Labour only held on to the seat in 2019 because the Brexit Party split the right-wing vote.

Votes were counted through the night – but almost as soon as polls closed, Labour sources were predicting a torrid set of results for their party – and a “big Tory majority” in Hartlepool.

He told Sky News: “It would be difficult to do that given how we see the numbers beginning to pan out.”

Pressed on whether he was conceding defeat, he added: “It is pretty clear in the way the ballots are landing that we are not close to winning this despite our best endeavours, despite the hard work of many fantastic volunteers and despite a fantastic candidate, who of course is a local GP working at Hartlepool hospital who has been working on the frontline during the pandemic.

“And so I think we have given it our all but sometimes you don’t get over the line on the day.

“We haven’t got over the line, that’s quite clear from the ballots.”

Early results in council contests elsewhere also appeared to show voters deserting Labour, as ballots continue to be tallied up across England, Scotland and Wales following the Super Thursday polls – the largest test of political opinion outside a general election.

The Tories seized Redditch and Nuneaton & Bedworth councils in the Midlands from Labour, along with Harlow in Essex, while Sir Keir’s party saw heavy losses across North East local authorities.

The new Tory MP for Hartlepool, Jill Mortimer, is a land-owning barrister who lives in Thirsk, nearly 30 miles from the constituency she was elected to represent.

The disappointing result provoked anger among some Labour MPs on the left of the party.

MP Lloyd Russell-Moyle appeared to mock the party’s attempts to change its image. He said: “Good to see valueless flag waving and suit wearing working so well… or not?”

But Shadow public health minister Alex Norris said Labour did not expect to recover from the 2019 general election loss within 18 months.

Asked whether leader Sir Keir Starmer would be to blame for a defeat in the Hartlepool by-election, Mr Norris told Sky News: “No, not in the slightest.”

“Because you could say, ‘Well, on the one hand Covid and on the other hand the vaccination programme’, and then again on ‘Hartlepool has got very different local politics’.

“We are going to take our successes as we get them with humility and then we are going to own where we fall short, because we are in a long-term project of re-engaging with people.”

The last Conservative MP in the town represented the former Hartlepools constituency between 1959 and 1964.

And the town is no stranger to political upset, in 2002 the main political parties were all fighting to become Hartlepool’s first elected mayor.

Instead, the town chose local football mascot H’angus the Monkey.

Stuart Drummond – the man inside the suit – was reelected two more times before the position was abolished.

So perhaps trying to predict what’s going to happen in the contest is bananas – but here is everything you need to know about the Hartlepool by-election.

Dr Paul Williams, Labour’s candidate was MP for Stockton South from 2017 until 2019, losing his seat in the 2019 General Election.

The former MP was a supporter of a second EU referendum before losing his seat, made his bid for a Commons return in a constituency in which almost 70% of voters backed Brexit. 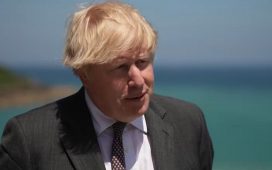 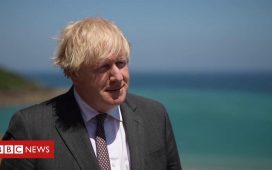 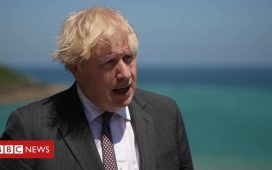 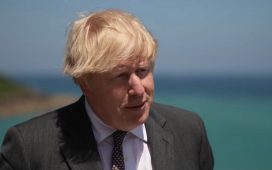 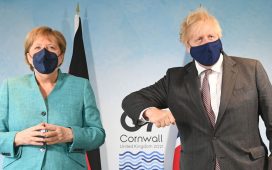 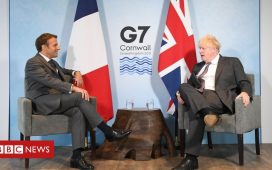 G7: UK urges EU to be pragmatic over Brexit dispute