A top Tory has urged people in England to “restrict” socialising before a full lockdown kicks in on Thursday.

Michael Gove indicated people should resist the temptation to go for a string of final nights out before the national shutdown.

People will be banned from social mixing with anyone not in their household or bubble, anywhere indoors or outdoors.

The only exemption is two people from two households can meet in a public open space such as a park.

Yet the lockdown will only begin at 12.01am on Thursday, because it needs to be approved by Parliament first.

And the five-day time lag was made worse by the fact the plans leaked to newspapers on Friday night.

Cabinet Office minister Mr Gove suggested people should start obeying the new rules now as much as they can.

He said while people will need time to get ready, they should “try to restrict social contact” as much as possible.

“But we also need to use the Monday, Tuesday and Wednesday in order to make those adjustments in our lives and lifestyles necessary so that we can comply with the full force of the new regulations that come in on Thursday.

“So I don’t want to hector or judge anyone, there will be individual circumstances people will face over the next couple of days as they prepare for these restrictions, which will mean people will ned to make sure they and their families are safe and have everything they need for the weeks ahead.

“But of course, for all of us, the more we can do in the period immediately preceding the lockdown to try to restrict social contact and try to restrict the spread of the virus, the better.”

Essential shops including any selling food will remain open and officials insist there is no need to stock up.

Unlike in March, schools and other education settings will also remain open, despite top SAGE advisor Jeremy Farrar warning the lockdown may not work as well.

It comes as Boris Johnson is accused of risking lives over his delay in imposing restrictions in England.

The Prime Minister rejected calls from Labour and SAGE last month for a short, sharp shutdown – with a close ally even branding Keir Starmer a “shameless opportunist”.

But after local restrictions failed to sufficiently reduce infections, he was forced to implement the second lockdown.

Sir Keir told the BBC today: “I’m so frustrated at the incompetence of the Government.

“If what they announced yesterday had been announced when I said it should have been – two or three weeks ago – we could have had the lockdown and schools shut because of the natural break of half term and people will be waking up this morning and thinking ‘how on earth did it get to this?’

“The Government was too slow in the first phase of the pandemic and now it’s being too slow again and there’s a cost to this.

“That’s why the lockdown will now go on longer.”

On Saturday, Mr Johnson said the clampdown was now needed to avert bleak Sage predictions of 85,000 deaths this winter, which would force doctors to choose between saving Covid sufferers and those with other illnesses.

“No responsible PM can ignore the message of those figures. We’ve got to be humble in the face of nature,” he said.

But furious Tory backbenchers were on Sunday pledging to fight the restrictions and accused Mr Johnson of caving to his scientific advisors.

Writing in the Sunday Telegraph, former Conservative leader Sir Iain Duncan Smith accused the prime minister of “giving in to the scientific advisers”.

Sir Iain said the Scientific Advisory Group for Emergencies (Sage) had “pressurised” the government into taking this decision, with its members “publicly lecturing” the government.

He urged Mr Johnson not to continue “encouraging businesses to reopen only to force them to lock down again”.

Sir Charles Walker, the vice-chairman of the 1922 Committee, told the BBC: “There has to be another way of doing this. If you want first-world public services, you need a first-world economy.”

But allies of Mr Johnson said the PM was shaken by the doomsday predictions from the Government’s SAGE committee of scientific advisers and would stare down Tory rebels.

“Its a choice between acting now or the NHS being overwhelmed, causing unimaginable pain – if they don’t understand that they can explain it to their constituents,” a senior Tory ally of Mr Johnson told the MIrror. 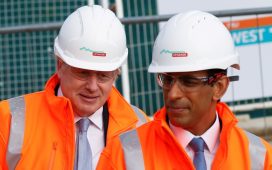 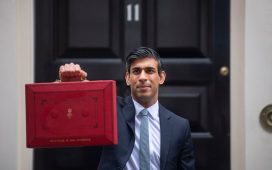 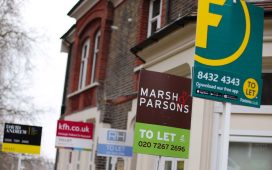