The Oak National Academy provides online lessons for 4.7 million pupils – more than half the schoolchildren in the country.

But worried parents say they have found its tutorials are full of errors.

In one online lesson, a teacher gets a maths equation wrong four times – calculating 7×16 as 122, when the answer is 112.

In quizzes set for Year 5 pupils, one sentence says: “When I have wrote my answer to the question, what should I do?”

Do you have a story about home schooling? Email webnews@mirror.co.uk

Another talks of a king “dashing from his castle to his thrown”.

In a Year 3 vocabulary lesson, “fibre” is spelt “fiber” three times, while in another maths lesson “separate” is spelled “seperate”.

The Government has pumped £4.3million of funding into the Oak National Academy service, on top of an initial £300,000 announced last April.

At the time, Mr Williamson praised it as “an extraordinary initiative”.

But parents say it gives a substandard education to already struggling kids.

One mum in the South East, who has noticed several mistakes in her Year 4 daughter’s lessons, said: “It’s shocking.

“I find it poor that no one checked it when the Government has invested so much.

“Kids across the country are already getting a substandard education this year – it builds up a bank of resentment. Every lesson, you worry there’s going to be something else.”

There is particular concern for children of key workers or those from more vulnerable backgrounds who may not have a parent present to pick up on the mistakes.

One mum said: “A significant number of kids are going to sit there thinking they’re bad at maths, which is going to be worse if they don’t have a parent checking. It’s very frustrating.”

Referring to the inadequate meals provided to vulnerable children by catering firm Chartwells, she added: “We’re disillusioned. It feels like they’re feeding our kids the educational equivalent of a Chartwells school lunch.”

The revelations follow earlier concerns when a former head teacher warned the service posed a “safeguarding issue” after a Year 1 lesson transcribed the word “pirates” as “perverts”.

Marcia Goodwin said the word was “not appropriate” for the age group and the error raised questions about quality assurance.

The online school was set up by more than 40 teachers, with its website claiming: “The top teacher team comes from a range of backgrounds, from top-performing schools.”

Education Secretary Mr Williamson promised the academy would “bring the curriculum to life” and play a crucial role “in making sure every young person in the country can learn and grow during this challenging time”.

He said: “This extraordinary initiative builds on what many schools already provide and is testament to the dedication and commitment of all teachers, heads and the wider sector.”

The academy is an offshoot of a charity that runs a school in Feltham, West London. Oak principal Matt Hood said: “With teachers creating nearly 10,000 lessons in just three weeks over their summer holiday, very occasionally an error creeps in.

“We’re grateful to teachers and parents for flagging these so we can rectify them.”

Shadow Education Secretary Kate Green said: “The Government should have had a plan in place from the first lockdown and given schools the equipment and support to ensure all children receive a high quality remote education.” 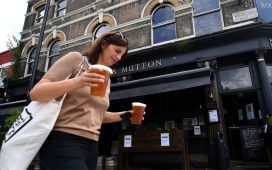 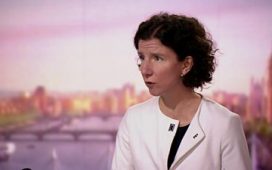 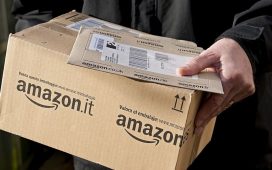 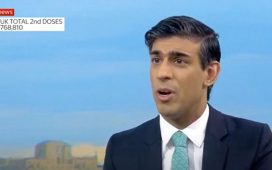