A senior Tory minister has dug in over a controversial race report and revealed that its authors have received “appalling abuse” and death threats.

Equalities Minister Kemi Badenoch criticised the “wilful misrepresentation” of the report by the Commission on Race and Ethnic Disparities (Cred), which triggered a major backlash when it was published last month.

But Ms Badenoch hit out at “bad faith” attempts to undermine the report’s credibility and said it had been clear that more needed to be done to tackle racism in the UK.

She told MPs: “This Government welcomes legitimate disagreements and debate but firmly rejects bad faith attempts to undermine the credibility of this report.

“Doing so risks undermining the vital work we are trying to do to understand and address the causes of inequality in the UK and any of the positive work that results from it. For that reason, it is necessary to set the record straight.

“This report makes clear the UK is not a post-racial society and that racism is still a real force which has the power to deny opportunity and painfully disrupt lives.”

She condemned “deeply personal and racialised attacks against the commissioners”, which she said had included death threats.

“It is wrong to accuse those who argue for a different approach as being racism deniers or race traitors,” Ms Badenoch added.

“It is even more irresponsible – dangerously so – to call ethnic minority people racial slurs like Uncle Toms, coconuts, house slaves or house negroes for daring to think differently.”

Shadow Equalities Minister Marsha de Cordova said the report had “no credibility” and its conclusions are “ideologically motivated and divisive”.

She said the commission had missed the opportunity to meaningfully engage with structural racism in the wake of the Black Lives Matter protests.

“Instead they published incoherent, divisive and offensive materials that appeared to glorify slavery, downplay the role of institutional and structural racism, and blame ethnic minorities for their own disadvantage,” she said.

“If left unchallenged, this report will undo decades of progress made towards race equality in the UK. Since publication, this report has completely unravelled.”

Ms de Cordova said it had been discredited by experts, adding: “Its cherry-picking of data is misleading and incoherent, its conclusions are ideologically motivated and divisive, it is absolutely clear to all of us on this side of the House and across civil society that this report has no credibility.”

Ms Badenoch hit back, saying the commissioner had not disassociated themselves from the report – and said Labour were continuing to misrepresent what was happening.

She added: “The minister has accused people of criticising the report in bad faith.

Ms Badenoch said: “What black and brown British people like myself deserve is better treatment from members of the opposition who are continuing to stoke division.”

Boris Johnson has established an inter-ministerial group to review the report’s 24 recommendations, which will be chaired by Cabinet Office Minister Michael Gove.

The Government is working to produce a response by the summer. 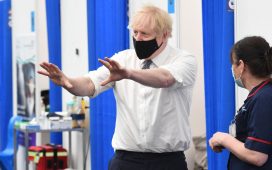 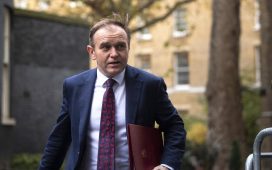