NEWSCABAL
Home » Tories' Back to Basics with sleaze, corruption, and adultery
politics

Tories' Back to Basics with sleaze, corruption, and adultery 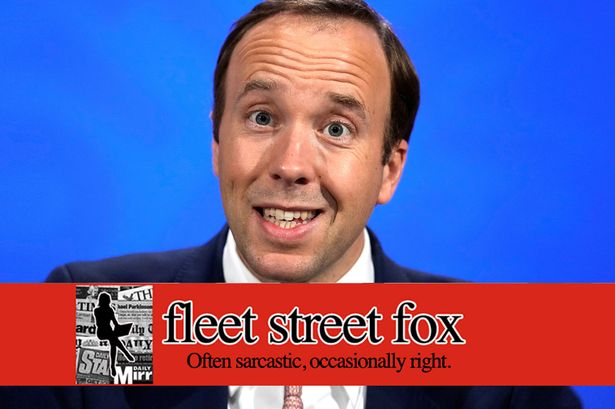 Almost 24 years ago exactly, then-Foreign Secretary Robin Cook took a phone call while in the VIP room at Heathrow Airport, where he was waiting for a flight to a riding holiday with his wife Margaret.

He was told that the News of the World had photographs of him taken in the early hours of the morning, feeding the parking meter outside his secretary Gaynor Regan’s flat, and that it looked like he was having an affair.

After hanging up, he told Margaret their marriage of 28 years was over. In the space of a year, he had married the secretary, and Margaret had made devastating claims he’d had 6 affairs and a problem with the brandy bottle. He kept his job, and is famed these days for the resignation speech he made 6 years later over the Iraq War.

Which just goes to show two things: a quick marital defenestration can allow a politician to recover from a scandal, and power is a hell of an aphrodisiac.

Cook’s fling was remarkable because, when scandal attaches itself to Labour politicians, it’s rarely sexual. But after the nation spent the weekend controlling its gag reflex over footage of once-Health Secretary Matt Hancock fumbling with an aide like a spotty lad at the Year 9 disco, Tory sleaze has reared its balding head again.

Hancock, too, opted for an immediate split of a family and three children for the sake of a woman who, his side have briefed, he’s been close to for just 6 weeks.

Had he tried to fix his marriage, as most people would have considered for longer than 10 seconds, the affair would have been constantly brought up, not only by journalists but Whitehall enemies, and no doubt Mrs Hancock too.

Waking up your 8-year-old to tell them Daddy’s leaving might seem harsh to anyone with a heart, but to Hancock it may have been a decision made in the best interests of recovering his political career.

Why, in a few years he could be back as an “experienced pair of hands”

It still leaves Hancock facing a police investigation for breaking Covid rules he signed into law, claims he used taxpayer cash to bankroll the affair, allegations that a private email account was used to conduct government business which makes it harder to scrutinise the awarding of public contracts, and a possible MI5 discussion about the national security implications.

And it leaves many wondering how many other ministers are up to something similar, and why there’s been no formal review announced of all Whitehall security cameras, which might involve a civil servant reviewing some of the footage from other offices.

Because if there’s one thing history tells us the Tories are good at, it’s sleaze. And the scandal centres not on whether the minister was getting a massage to his ego at work – but whether he displayed the same deceit when deciding who to give taxpayer money to.

And let’s not forget the same stupidity showed in advertising your availability for blackmail to everyone with access to the security cameras.

Boris Johnson’s government has spent a lot of time telling us to go back – to make Britain Great again, to refight the Second World War, to put up statues of racists again. It’s hardly a surprise they’ve gone Back to Basics, and told us all to behave ourselves while playing with the levers of phwoar.

These guys were supposed to mould the post-Brexit Britain they sold us, not make crappy trade deals and crappier moves on the office totty.

Private lives may not matter to the public as much as they did, but affairs and how they are handled do. When a self-styled statesman looks like a pathetic little weasel it cuts through in ways that merely handing out cash to your mates does not: suddenly, a Master of the Universe is a weakling.

Politics is showbiz for ugly people, and we notice when they’re ugly on the inside. Still, at least Hancock can hope that he’ll be played by Brad Pitt in Season 22 of The Crown .

If John Major got Jonny Lee Miller, then surely Edwina is in with a shot at Angelina Jolie?
(

It took 12 years for the last lot of Tories to kick off the sex scandals, with a sex therapist renting the Chancellor’s flat, swiftly followed by toe-sucking, prostitutes, fraud, a headline which read “YES YES YES YES YES Minister!”, two extra-marital babies, several outings of hidden homosexuals, and a man who died in a solo sex act which, his friends now say, was somehow orchestrated by the Kremlin.

And that’s before they started on cash for questions, perjury, Right to Buy exposés, and allegations of fraud.

This lot are at almost exactly the same point in their rule – comfortably numb to the British voter’s changing tolerance to their varied means of personal gratification.

What did for John Major, in the end, was the public’s sense that he had no control over a mob of deeply unpleasant hypocrites who bashed single mums while creating a few of their own. What’ll do for Johnson, in the long run, will be the one principle he’s got: a refusal to bow to public pressure and decapitate a scandal when it appears.

There’ll be more of these. If I were inclined to bet on it, I’d be hoping to get “young male lover” or “pervert” in the sweepstake, because there are no two more likely things for a fourth-term Tory government to produce.

What really counts is not the revelations but the coalition of disgust that builds against them. Conservative Association chairwomen, the religious, atheists, cheated wives, Covid families, care home relatives, wedding postponers, the Left, the Right, and the centre ground can all find different ways to dislike the scandal, but detest, even more, the man who thinks those scandals don’t matter.

When the Tories go Back to Basics, they forget one thing: so do the rest of us. Bring on the sleaze, and let’s party like it’s AD 476.