Recent advances in battery technology, too, have caused the classic argument against an electric car – ‘it doesn’t go far enough without plugging it in’ – to fall by the wayside.

Indeed, just about every manufacturer is now getting in on the act. So while there is still very much a case for buying a petrol, diesel or hybrid, the case for the electric vehicle is gaining traction all the time.

So, here’s a list of our top ten electric cars to look out for – including some that are yet to be launched.

Although this isn’t necessarily a list of the ‘best’ ten, it includes a selection of cars that are likely to be worth looking at in more detail, depending on your needs.

There are no Teslas here, by the way. Why? Well, as suggestions go, we decided to look at less obvious options.

BMW’s i4 Electric is the new battery-powered version of the standard 4-Series Gran Coupe. It has its own personality and design, although none of BMW’s top-notch engineering has been sacrificed in its production. An 83.9kWh battery means you’ll get up to a 365-mile range, with a 10-80% charge taking around half an hour. It’s swift and has a refined ride. But there’s also a quicker ‘i4 M50’ version producing 544PS which has been dubbed an ‘electric BMW M4’. There’s little reason to doubt that claim.

Practicality and economy are personified in this crossover SUV. The vehicle is packed with the latest technology, including Audi’s excellent interior design and impressive infotainment system. It’s now available with a range of 314 miles thanks to its 82kWh battery, which can be charged from 5-80% in just 29 minutes. A higher-powered 299PS four-wheel-drive version is available, too, which gets from 0-62mph in 6.2-seconds. It’s well-equipped and practical, while a Sportback coupe variant with a sloping roofline is also offered for those who prefer more athletic characteristics.

For those wanting a big saloon, the Mercedes EQS isn’t quite an all-electric S-Class. However, there are some similarities, not least in terms of its size and luxuriousness. That said, an S-Class looks bland sitting next to it. 333PS is offered, while a humungous 108kWh battery provides a range of up to a whopping 453 miles, yet a 10-100% charge takes little more than 30 minutes. It’s a hefty car but still handles reasonably well. If money is no object, then a 658PS AMG version also exists with four-wheel drive. The EQS is also the most aerodynamically efficient production car ever made.

Recently, Genesis appeared on the European scene as an off-shoot luxury brand of parent company Hyundai. The GV60 is a subcompact crossover with an ostentatious interior – far more so than the likes of BMW, Audi, and Mercedes-Benz. Meanwhile, a 77.4kWh battery provides up to 321 miles of range depending on which motor you pick (although it’s not quite as high if you choose the most powerful one, which has 482PS at the touch of a button). A 10-80% charge can be done in just 18 minutes if you can find a quick enough charger. The looks are futuristic, while it’s practical, spacious and packed full of tech. Plus, it comes with a five-year warranty.

The Ioniq 5 is a compact crossover that looks much bigger in the metal. It’s excellent in every way, exceptionally well-equipped as standard and rapidly fast. The car has a well-designed, futuristic, spacious interior and a large, accommodating boot. What’s more, it comes with a five-year warranty. 58kWh and 73kWh batteries are available – and if you can find an ultra-rapid charger, you can get from a 10-80% charge in eight minutes. Three power outputs are offered, ranging from 170 to 217PS, while the range is between 238 and 323 miles. Alternatively, consider a Kia EV6, which is basically the same car with a different body, which can go even further.

We only mentioned the EV6 briefly above because the forthcoming EV9 is likely to be just as good. It’s a large SUV that (according to a concept car launched last year) looks like an alien Range Rover from the future. Of course, we don’t expect it to look as futuristic as the concept car, but Kia insists that 90% of it will end up in the production car, so maybe we’ll be proved wrong. Either way, if the EV6 is anything to go by, it should be superb. And, like the Ioniq 5 above, Hyundai will launch its take on the EV9, too, called the Ioniq 7.

The Enyaq iV is another compact crossover. Unusually, Skoda has already launched the superfast performance version, called the Enyaq iV vRS, which is monstrously fun to drive with 299PS. The standard version promises excellence, too, being spacious and practical with good looks and a generous amount of equipment. All versions, including the vRS, have a 77kWh battery which is good for up to 329 miles depending on which trim you choose. Meanwhile, even the slowest version gets from 0-62mph in 8.7-seconds. Charging speeds depend on which options you pick, but 0-80% can be achieved in 35 minutes. VW fans might like to know that the Volkswagen ID.4 is based on the same platform.

The Spring won’t see daylight until, ahem, the autumn. But having won the public’s hearts with the Duster, Dacia could be the brand that brings electric vehicles fully into the mainstream. One of the biggest obstacles to electric car ownership is they’re still more expensive to buy outright than petrols or diesels. But Dacia is a marque famed for punching above its weight and offering a lot for little outlay. The Spring will only have 44PS (which is good for 78mph), a small 26.8kW battery and a range of only 140-miles. But, at £10,500, it’s set to be nearly half the price of the next cheapest electric car on the UK market when it launches.

SEAT’s spin-off performance brand, Cupra, has launched another exclusive model. The Born is a small hatchback that comes with a 58kWh or 77kWh battery. It’s good enough for up to 330 miles of range and produces up to 230PS. Meanwhile, a 10-80% charge can be achieved in 15 to 20 minutes. Although it has hot-hatch characteristics, it’s practical for its size, has a classy interior, with exterior looks appealing to those of a sportier disposition. It’s also based on the Volkswagen ID.3, which provides an ideal alternative for those less bothered by the Born’s more athletic personality.

Lotus is the first manufacturer to launch a full-beans all-electric hypercar. With an astonishing 2,000PS, it blows just about anything else into the middle of next week. A 70kWh battery is still good enough for 215 miles of range, which is incredible given the power on offer. The Lotus looks more like a blended McLaren and Lamborghini. So, this is far more than a mere upgrade of its older Elise or Exige – this is a clean-sheet design, and it looks epic. The interior looks more like it belongs in a racing car, and we can’t wait to drive it. Specific information is still sketchy for now, but we can’t imagine practicality will be its strong suit.

So, there you have it. A selection of hatchbacks, saloons, crossovers, SUVs and even a hypercar – proving that no type of vehicle is out of reach when it comes to electrification.

As we said at the beginning, there are dozens of electric cars now, and more are arriving all the time – and there are plenty of excellent vehicles that didn’t make this list.

The future is well and truly here. 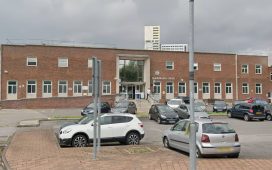 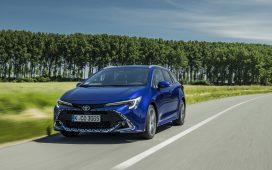 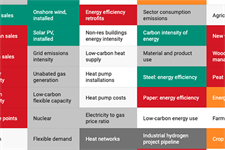 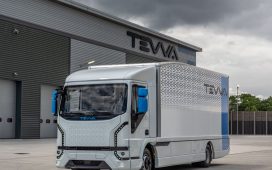