The ‘Mad Over You’ singer remained resolute, determined to go ahead with the protest he had promised to lead against the Special Anti-Robbery Squad (SARS) of the Nigerian Police Force (NPF).

For a dog’s age, the dreaded unit of the police has illegally harassed young people in Nigeria which led to a renewed call for the Federal Government to scrap the unit.

Runtown was one of the celebrities who lent their voices to the online campaign, but he wanted more.

“This has gone long enough and now we MUST take action! I’ll be leading a protest to #ENDSARS on Thursday, October 8th 2020,” he said on Twitter on Sunday, October 4.

“They MUST listen to us, they MUST make/effect REAL and VISIBLE changes! Empty promises won’t work this time!!!

“Let’s all come out to peacefully reach out to our “Elected” leaders beyond social media!!!”

True to his word, Runtown was at the takeoff point of the protest at Toll Gate at Lekki, Phase One, Lagos ready to lead the protest.

To show how in tune he was with the movement, imprinted on his white T-Shirt was a photo of Kolade Johnson, a father of one who was indiscriminately killed in March 2019 by a policeman.

Leading the protest alongside Runtown, was rapper Falz who was also dressed in a white T-Shirt.

See also  Edwin Clark: It's an insult to name a rail station after Jonathan

At the take-off point, both musicians pleaded with other protesters to maintain peace and avoid any form of violence.

“I don’t really think I have a choice, it’s something I have to do because everybody is affected by this,” Tiwa Savage said.

“We have to do something, we are tired. Enough is enough. We have to value life, young lives in Nigeria, we have to speak up.”

Other celebrities present at the protest included Big Brother Naija’s Tacha and Elozonam, Dija and Jaywon, MC Lively, Bello Kreb among others.

From Lekki Toll Gate, the protesters including the celebrities marched to the Police Station opposite Onikan Stadium; then to the Lagos State House Liaison Office and then back to the Lekki Toll Gate.

“Our message is clear. Today was very peaceful & the authorities know what to do in order to keep the peace,” Falz said.

“Big love to everyone that came out today! It was really inspiring seeing so many celebrities & young people join the movement. It is important we stay together.”

More celebrities are joining the fight against police brutality. Singer Small Doctor is planning another protest in Agege, on the other side of Lagos on Friday, October 9.

The renewed call against the brutality meted out by the rogue unit of the police has led the government to take some actions.

The Inspector-General of Police, Mohammed Adamu has banned SARS and other tactical squads of the Nigerian police from routine patrols.

The decision has been hailed by Vice-President Yemi Osinbajo who also condemned the actions of some officers he called ‘bad eggs’ of the Nigerian police. 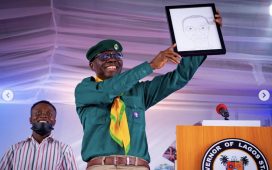 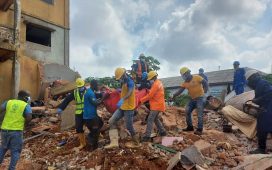 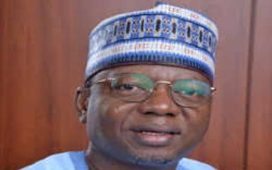 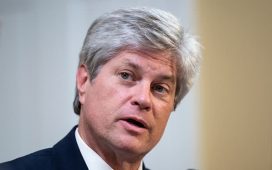 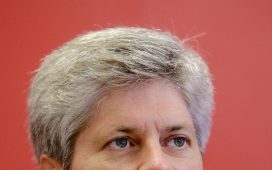 US Rep. Jeff Fortenberry of Nebraska Expects to Be Indicted

MATTERS ARISING: One year after ‘SARSless’ police — what has changed?