The former Labour prime minister predicted that it will be difficult for people to have a “normal life” in the future unless they can “prove” their vaccination status.

He told Good Morning Britain: “What we are learning about this disease – and I’m afraid this is going to be a big big problem for us in the future – is that it is a bit of a cat and mouse game.

“You’ve got the risk the longer you delay this [vaccine rollout] that you get another variation of the disease which is more difficult for us to deal with.

“And you could have further mutations of the disease. So the quicker you do this vaccination programme the better it is – not just to get us back to normal – but also to fight the disease.”

It comes as the Tony Blair Institute published a paper on Wednesday setting out how the Government could scale up the delivery of the coronavirus vaccine.

The paper says the Government should introduce “vaccination stations” across the UK using polling stations as a blueprint.

It also suggests considering drive-through vaccination sites, pop-up locations and mobile vaccination units as well as using all GP surgeries and every pharmacy.

Mr Blair said he would get the jab and added: “I think you will get to the stage where it’s going very hard for people to do a lot of normal life unless they can prove their vaccination status.

“I think you’ll find a situation where countries say to you ‘you’re not coming in here unless we see whether you’ve either been vaccinated, you’ve had the disease and got antibodies or you’ve had a recent high-quality test’.

“People have got to understand vaccination is going to be in the end your route to liberty.”

The New Labour PM suggested if the Government “throw absolutely everything” at the vaccination scheme that, by the last week of March, half the population could be vaccinated.

He added: “You’ve occupational health workers – several thousand of those – they are perfectly qualified to give what is essentially a flu jab.”

He told Sky News: “It’s a big target, and I think the Prime Minister is right to set challenging targets.

“We need to get on with this and do it as quickly but as safely as possible, which is why I commend the NHS for the plan that they put in place.”

It comes as an estimated 1.1m people in England – the equivalent of one in 50 – had Covid between December 27 and January 2, according to the Office for National Statistics. 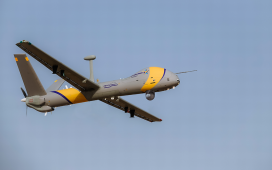 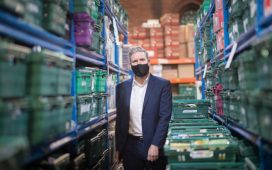 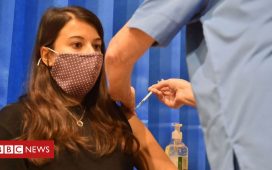 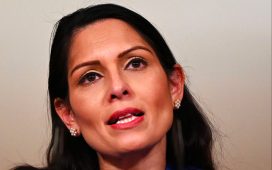