Tonga’s drug crisis: Why a tiny Pacific island is struggling with a meth epidemic


After more than four decades spent living in New Zealand, Ned Cook knew it was time to return to his home country of Tonga.

His country was in the grip of a methamphetamine epidemic that was ripping families apart and overrunning the country’s hospitals and jails. Cook, a trained drug and alcohol abuse counsellor, with a history of drug abuse himself, had been preparing for years to return to Tonga to combat it.

“He explained it to me like he had a spiritual awakening that not only allowed him to kick the habit but gave him a mission to help others,” said Kalafi Moala, a veteran Tongan journalist, and a friend of Cook’s. “He knew he was needed back in Tonga.”

When Ned returned to Tonga in 2017, he was the only qualified drug counsellor in the country and got straight to work – but he wasn’t blind to the risks.

“I know this is a dangerous field to work in and it could harm my life and my family’s life,” he told the New Zealand broadcaster 1 News in 2019.

Less than a year later, he was murdered outside his home in Tonga’s capital, Nuku’alofa. A 20-year-old man was later convicted of manslaughter and sentenced to eight years’ imprisonment.

“The loss was obviously devastating for everyone who knew him but it’s also just a huge loss for the country,” said Moala. “No one has been able to replace him on his work. He was the only one with experience. There’s no one here now to help the people he was helping.”

Moala has been investigating Tonga’s drug trade since the 1990s but said in recent years things have become much worse.

“The problem is the drug has changed from cocaine to meth. With cocaine, people couldn’t afford it, it came in just to be shipped out,” he said. “In recent years the drug coming in is meth and now everywhere we look we see the effects. In the last couple of years, it’s become a real crisis.”

‘A problem for all of society’

According to police data, drug related arrests are up from 101 in 2018 to 285 arrests in 2020. Detective Halatoa Taufa, the deputy commissioner of the drug enforcement taskforce in Tonga, told a national symposium on illicit drugs earlier this month that the crisis is now worse than ever and doesn’t show any sign of slowing down.

The director of public prosecutions, James Lutui, said combatting the increase in drug use was not just a problem for police or prosecutors. “This is a problem for all of society.”

“Between 20% and 70% of all monthly admissions are due to consumption of cannabinoids or methamphetamine or both,” he said. “Drugs has now become a main precipitating factor for the occurrences of mental illnesses and the frequent relapse of persons with chronic psychiatric disorders such as schizophrenia and bipolar.”

Puloka said the crisis had become so dire that some psychiatric patients have had to sleep on the hospital floor.

Tonga’s commissioner of prisons, Semisi Tapueluelu, earlier this year told the government that they would need two new prisons to cope with the increase in drug related offences.

It appears their warnings have been heeded, with Tonga’s king recently taking the rare step of criticising parliament for their lack of attention to the issue.

In the absence of government attention, NGOs have stepped into the breach, but they’re under immense pressure.

Mele Prescott, who was being trained by Ned Cook before his death, is now the drug and alcohol programme manager for the Salvation Army in Tonga and said that they’ve struggled to chart a path through since Ned’s death.

“I find it really hard and challenging to have all of this on my shoulders. I used to work really close with Ned. He led the way, but now I’m just trying to follow in his footsteps,” she said.

“But at the same time, the issue has gotten worse. We started out by hosting counselling sessions for drug users during the day, just two days a week but now with so many people being referred from the courts and the psychiatric ward, we’re now running every single day of the week, six hours a day.”

On the outskirts of Nuku’alofa is a three-bedroom house that looks no different to the others on the street – but it’s Tonga’s only safe house for women and children escaping violence, in which drugs are often involved.

‘Ofa Guttenbeil-Likiliki, the founder and director of the Women and Children Crisis Centre, said the house is equipped to house just six women and up to 12 children but often accommodates more than 20 women and accompanying children.

“It’s definitely in the past few years, with the increase of drugs, that we’ve seen more and more women trying to escape from a situation. They’ve been beaten black and blue,” she said.

Despite the Tongan government recently increasing the budget for the police department from TOP5m (AU$3m) to TOP50m (AU$30m) to combat drug use, Guttenbeil-Likiliki said they’re still not equipped nor trained to respond appropriately.

“A man on drugs tied a woman up during the lockdown and did all sorts of things to her. It was when the landlord went over to collect the rent that he heard the abuse and alerted the police but when the police arrived, the man told them nothing was wrong and so they just left,” she said.

“We also don’t have protection at our safe house. We’ve had drug dealers walking in here, screaming at and threatening us. I really don’t think the police are equipped or resourced to deal with people who are involved in drugs.”

Guttenbeil-Likiliki said the impact on children has been particularly severe.

“We had a case of an attempted suicide, the boy was just 16, and we found out that methamphetamine was actually advertised to him to help him study for his exams but then he became addicted and started doing things that really shocked his family and it almost cost him his life,” she said.

After a counselling session hosted by the Salvation Army incentral Nuku’alofa, one drug user said that kids were seen as easy targets for drug dealers, to get them hooked on drugs but also to sell drugs, as they’re less likely to be caught by police and are more likely to share with their friends, getting them addicted as well.

“What we really need to do is tackle the problem in the schools, we need to be educating kids at a young age, so that when they are confronted with drugs, they know what they are up against,” he said.

He knows this from experience as he too was groomed into taking drugs at the age of 14 while living in San Francisco in the 1970s. His drug use would eventually land him in trouble with the law and in 2015, after 52 years living in the US, he was deported back to Tonga, despite not having lived there since he was a child.

Although he had been clean in the years prior to being deported, he said the whole experience left him in a bad place and drugs was a way to escape. He now fears that with the lack of available support, he might deteriorate further.

“In the years I was clean, I got my truck drivers licence and really turned my life around. I want that back but it’s really hard. There’s just so little help here.”

Prescott said most of the people who attend her counselling sessions feel the same way.

“They don’t want to be like this, but they also can’t always do it alone. We have five or six people coming to us every day, seeking help,” she said. “These people want help but currently don’t have anywhere to turn.” 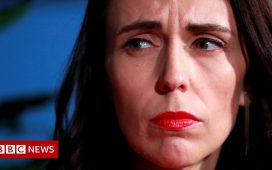 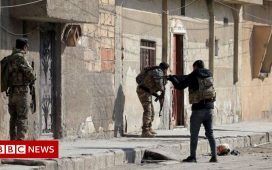