Tom Fletcher has shared a heart-warming image of his kids looking on as he rolls back the years and performs with McFly.

The musician – who is set to take to the Strictly stage – melted fans’ hearts when he uploaded the selection of snaps to his Instagram page.

The pop band had been performing at CarFest in Hampshire in front of their adoring fans when Tom, 36, spotted he had three more keen onlookers.

In the black-and-white snap, Tom can be seen putting on a show on the keyboard in front of a packed audience.

He is glancing back over his shoulder looking at his three sons; seven-year-old Buzz, five-year-old Buddy, and two-year-old Max.

He captioned the sensational shot: “Always got one eye on my boys.”

The kids appeared to have headphones on in a bid to muffle the loud noise, and fans and famous faces alike were quick to jump on the awesome post.

One of Tom Fletcher’s sons called his McFly show ‘boring’
(

Another follower labelled it “the most beautiful photo that I ever seen”.

And a third replied: “What a moment!”.

He also uploaded a photo of son Max watching on by himself and joked that his son had told him “it was boring”.

Maybe his kids would be more impressed with their dad’s voice role on Paw Patrol: The Movie?

Keeping busy, Tom’s one of the favourites to win Strictly before the dance competition has even started. He revealed that his wife Giovanna had suggested to the show’s bosses that they should pick him for the upcoming series.

In December, she uploaded of video of the star dancing with their kids and captioned the post: “Tom Fletcher for Strictly,” while also including laughing and heart emojis.

It seems the BBC may have been watching and Tom now has the opportunity to match bandmate Harry Judd’s achievement after he won the show in 2011.

Tom’s wife has also tasted reality TV success in recent years. The actress, 36, won series 20 of I’m A Celebrity… Get Me Out Of Here last year.

After Tom signed up for the dance show, he said: “I think the fact that I’m actually going to be dancing on Strictly this year has only just started to sink in while I’m writing this!

“I’m incredibly excited, of course, but also totally terrified! My kids were excited too until I started showing them my best dad-dancing in the kitchen.

“I’m not sure how far they’ll get me in the competition but I can’t wait to add some new moves to my embarrassing dad-dancing repertoire.” 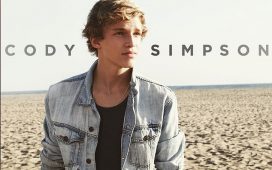 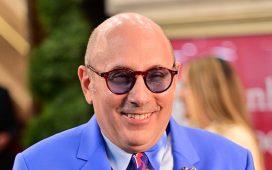 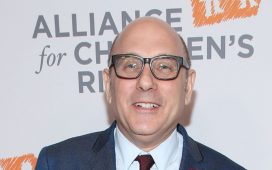 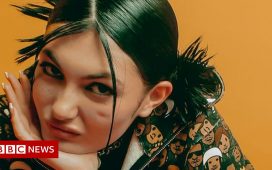 Fifa 22 soundtrack: Why getting on it is a 'bucket list' moment 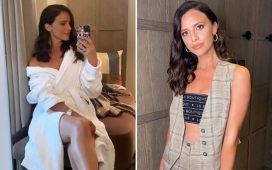