Sports fans in Japan could be allowed to attend Olympic events in Tokyo this summer if they have proof of vaccination or a negative Covid-19 test, a newspaper reported on Monday.

While many athletes are expected to have been fully vaccinated by late July, poor planning and staff shortages mean most Japanese citizens will still be waiting for a jab when the Olympics begin in less than two months’ time.

Having decided to ban foreign spectators, local organisers are pinning their hopes on a limited number of Japanese sports fans creating a semblance of atmosphere at venues that would otherwise be empty.

The report in the Yomiuri Shimbun came as another poll challenged predictions by Olympic officials that public opposition to the Games would melt away as the 23 July opening ceremony draws closer.

A poll in the Nikkei business newspaper found that 62% of respondents thought the Olympics should be cancelled or postponed, while 33% said they should go ahead with fewer or no spectators.

The IOC has ruled out another delay, citing an already-packed sporting calendar in 2022.

The chief cabinet secretary, Katsunobu Kato, told reporters he was not aware that any agreement had been reached on domestic spectators.

“To make the Games a success, it is necessary to take into account the feelings of the people,” Kato said, adding that organisers would ensure infection prevention measures were in place to stage the event safely.

Organisers have said a decision on domestic fans will be announced next month, most likely after the latest round of emergency restrictions in Tokyo and other areas ends on 20 June.

The prime minister, Yoshihide Suga, who faces criticism of the government’s vaccine rollout and his silence in the face of controversial remarks by International Olympic CommitteeIOC) officials, is thought to favour allowing Japanese citizens to attend events.

When the latest state of emergency was declared in Tokyo and other areas in late April, officials requested that sports and other large events be held behind closed doors. The advice has since been relaxed to allow up to 5,000 people or 50% of a venue’s capacity.

Government officials have pointed to baseball and football matches that have passed off safely with limited numbers of people in attendance.

“The discussion about having no spectators is over, and now the main point under consideration is how many we can allow in,” an unnamed official told the Kyodo news agency earlier this month.

The Yomiuri Shimbun report sparked anger on social media, where users questioned the wisdom of pushing ahead with the Games during the pandemic, and at a time when Japan is struggling to make significant dents in its daily caseload during the latest state of emergency.

The term “negative test certificate” was trending on Twitter in Japan, generating more than 26,000 tweets by Monday afternoon.

“If you can’t eat, cheer, or do high-fives, what’s the point in paying for a ticket and an expensive test?” asked a Twitter user – in reference to other proposed safety measures – while others questioned the accuracy of Covid-19 tests.

While the pace of new infections has fallen in Tokyo, the number of Covid-19 patients in critical condition across Japan has reached record levels in recent days.

There has been criticism, too, of senior IOC officials’ response to public concerns that the Games – which will involve about 90,000 athletes, officials, journalists, sponsors and support staff – could trigger another virus outbreak in Japan and place further pressure on the country’s health services.

John Coates, an IOC vice-president who is overseeing preparations, recently said Tokyo 2020 would go ahead even if the host city and other areas were covered by emergency coronavirus measures.

On Friday, Dick Pound, a senior IOC official, said that “barring Armageddon”, the Games would go ahead.

Last week, the president of the organising committee, Seiko Hashimoto, suggested that a ban on local fans had not been ruled out.

“There are many people who are saying that for the Olympic Games we have to run without spectators, although other sports are accepting them,” Hashimoto said. “So we need to keep that in mind. We need to avoid that the local medical services are affected. We need to take those things into consideration before agreeing on the spectator count.” 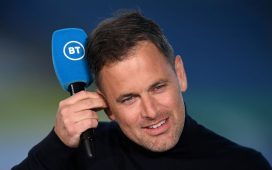 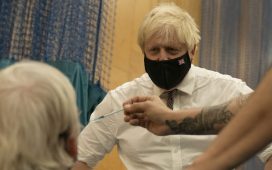 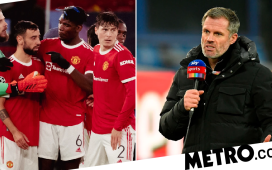