Tesco the takeover target? It’s not the most implausible of ideas, nor the most obvious.

Full-year results on Wednesday were revived speculation about whether Tesco can remain independent. The most eye-catching figure in the report was £1.2bn, the annual free cash flow, which in spite of Covid-19 costs had hardly budged on an underlying basis from the previous year.

Leveraged buyout funds will have spotted that Britain’s biggest grocer is once again a cash cow, Clive Black, Shore Capital’s veteran retail analyst, wrote in a note to investors. Low financing costs and plentiful private-sector capital have already underwritten the £6.8bn buyout of sector peer Asda by petrol station entrepreneurs the Issa brothers and private equity firm TDR Capital. Tesco, with an enterprise value of about £30bn, “is not too big to come under the takeover spotlight too,” Black said.

His reasoning follows the common trope that whenever public markets are slow to recognise value, vulture funds start circling. The pandemic has been a stress test for European supermarkets’ cash flow durability, yet their equity investors still favour shorter term valuation measures tied to the profit outlook. European grocery stocks trade on average at about 13 times forecast earnings, a symptom of historically over-promising and underdelivering.

Meanwhile, the companies that help fill their shelves command valuations of more than 20 times forward earnings thanks to their perception as bond proxies. Consumer staples companies such as Unilever and Nestle have been insulated from the price wars, market share battles and misbegotten expansion schemes that have eaten away at grocers’ margins for decades.

These perceptions of resilience remain even though the difference between makers and sellers of food has narrowed. Grocers’ earnings were becoming more dependable even before the pandemic, while the reliability of staples companies had deteriorated, according to analysis from Exane BNP Paribas.

What results is a valuation disconnect that some sector specialists have sought to exploit: Czech activist investor Daniel Kretinsky, who failed in an attempt to take German wholesaler Metro private in 2019, this week raised his stake in J Sainsbury to just under 10 per cent by buying shares from Qatar’s sovereign wealth fund. And Canadian convenience store operator Couche-Tard tried earlier this year to buy Carrefour but was blocked by the French government.

Will the valuation gap make Tesco a target too? Probably not. At least not yet.

Ken Murphy, Tesco’s newish chief executive, has made clear a commitment to delivering predictable cash returns rather than promising growth. As proof he held the final dividend steady in a down year for profit; it probably seemed enough to close out a year when the sale of the Asian business, the cash-not-growth mantra’s clearest expression, had already funded a £5bn special dividend.

Yet a weak share price on Tuesday reflected disappointment that Murphy would not commit to share buybacks and targeted earnings returning only to pre-Covid levels in the current year, when consensus forecasts were for a small improvement. Investors, having been frustrated too many times in the past, heard caution as a portent. Upward re-rating of the stock based on reliable cash flows requires confidence that cash flows are reliable.

Such a moment looks a while off. Visibility on trading exiting lockdowns is close to nil. Making money on grocery delivery investments remains an aspiration.

And while competition from hard discounters Aldi and Lidl eased last year because of their lack of online ordering, habits such as bulk buying might be to their benefit as expansion takes them further into Tesco’s heartland of London and the south. Recent analysis from JPMorgan estimated that Tesco stores providing 29 per cent of group sales overlap with a discounter’s new store.

With its strategy of consistent cash returns Tesco wants to be more like Netherlands-listed counterpart Ahold Delhaize. Successful reinvention has the potential to lift the shares above 300p, about 30 per cent above current levels, which would be the absolute minimum level for a bid approach. Absent one of those, however, arguments of value are unlikely to win over investors whose promised cash cow has too often turned out to be a dead cat. 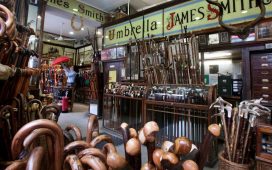 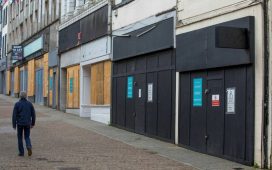