‘No-one is safe until everyone is safe.’ That was the mantra repeated by scientists and public health experts in the early months of the Covid pandemic.

It was also a mantra widely ignored in terms of action by political leaders in the UK and other rich nations. With the emergence of the Omicron variant, first identified in South Africa, we are now reaping what we sowed.

Months ago, we were warned that leaving huge areas of the world behind could create a risk that the virus could mutate in a largely unvaccinated population, so undermining efforts to tackle the virus at home.

We don’t yet know how dangerous the Omicron variant might be, nor whether the vaccine rollout will be effective in curbing its spread in Britain.  But its emergence has underscored more than anything the gross inequity of the global rollout of vaccines and the self-centred short-sightedness of rich nations’ strategy to look after themselves while leaving poorer nations to exist on vaccine crumbs.

High income countries have bought around  7billion vaccine doses, many more than they need to fully vaccinate their populations.  The UK has procured more than 400million vaccine doses – enough for nearly six doses per person. As of September, around 2% of the 6billion doses given around the world were in Africa, according to the World Health Organisation (WHO).

Only about a quarter of the 2billion doses that the WHO’s Covax programme had pledged to distribute by the end of this year have actually been delivered.

Britain has actually thrown away hundreds of thousands of doses that expired because they weren’t needed.

Even the most vulnerable in low income countries are unlikely to be vaccinated before the second half of 2022.

With the emergence of the Omicron variant, first identified in South Africa, we are now reaping what we sowed

That would be bad enough. But the inequity has been amplified by a number of developed countries, including the UK, blocking the temporary waiver of patent protections on vaccines, putting the profits of pharmaceutical companies ahead of public health.

When I questioned the Health Secretary about this in the Commons on Monday, he said a waiver would not be ‘helpful’: an unbelievably arrogant response that dismisses what the vast majority of countries are asking for.

Temporarily lifting intellectual property rights on vaccines is not an instant cure. Many developing countries don’t yet have the infrastructure and facilities to manufacture vaccines at speed, but they need to start building that capability for this and future pandemics.

In South Africa, it’s been estimated that replicating Moderna’s vaccine could be done within a year if the company shared the formula. But it refused to do so, and without the formula, it will take three years to recreate the vaccine – at a time when speed matters.

Pharmaceutical companies like Pfizer and Moderna are making hundreds of millions of dollars in profits from Covid vaccines – which were developed at record speeds thanks to unprecedented levels of public funding, the participation of tens of thousands of vaccine trial volunteers and the dedication of health workers across the world.

In other words, developing these vaccines has been a collective effort that was done to rid the whole world of this virus.  But the way our Government and others in Europe are putting the interests of Big Pharma ahead of global public health risks delaying this goal, if not throwing it away altogether.

We have heard time and again world leaders say that Covid-19 treatments should be global public goods. But they have then refused point blank to take the action that would make that a reality.  Instead of a desperately needed people’s vaccine, we have a profit vaccine lining the pockets of Big Pharma shareholders.

There are cracks appearing in this protectionist wall.  President Biden has just repeated his support for an IP waiver for Covid vaccines – though his administration isn’t doing enough to make it happen. And Spain’s National Research Council last week shared the patents of a new Covid diagnostic tool with the World Health Organisation.

That is how research and knowledge should be shared in a pandemic.  It’s time our Government took note and lifted its morally obscene resistance to an IP waiver on Covid vaccines and treatments.

As the emergence of Omicron has demonstrated, the longer it refuses to do so, the longer we may all be dealing with this pandemic.


MORE : If you see COP26 as a triumph, you are fooling yourself


MORE : Boris Johnson is saying the right things at COP26 – but it doesn’t mean anything


MORE : The Tories have no interest in stopping dirty money flowing into our political system 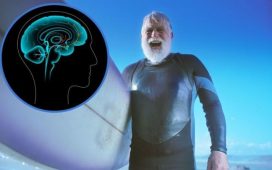 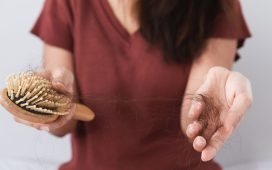 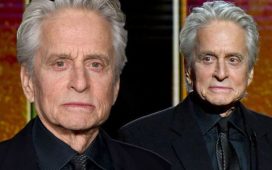 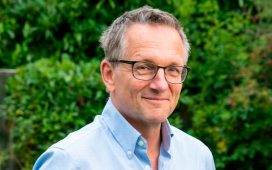 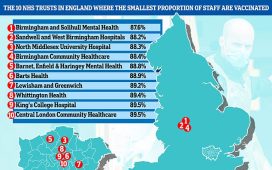