NEWSCABAL > science > To infinity and beyond: the spectacular sensory overload of Ryoji Ikeda’s art
science


Ryoji Ikeda has delivered some dazzling assaults on the senses over his 25-year career: a beach in Rio de Janeiro bathed in his unique palette of light; New York’s Times Square given over to his black and white flickering patterns. But for his next show, the Japanese artist and composer is taking things underground. Ikeda’s biggest exhibition in Europe to date concerns the exposed underbelly of 180 The Strand in London, which he has reimagined as staves, notes and bar lines – with himself as the conductor, “orchestrat[ing] everything into a symphony”.

Beginning with a single light beam piercing the rafters, the exhibition carries the viewer through an incandescent corridor of white light and into a room filled with a ring of immense, super-directional speakers reverberating at concert pitch. To Ikeda, this is “opera” with light and sound. “There’s the intro, the welcome piece, then the crescendo [and] climax. It’s a long journey.”

Sound is central to Ikeda’s practice. He learned its fundamentals early on while working as an audiovisual producer in Japan and later as part of the artist collective Dumb Type. The influence of Kyoto’s thudding nightclubs is still discernible in Ikeda’s sensorially immersive work, from his exhibitions, set designs and concert performances to his collaboration with photographer Hiroshi Sugimoto for Paris Opera. He resents the hierarchies given to art and insists that all forms, from underground raves to classical opera, are “equal in importance”.

An interview with Ikeda is a rare thing. He reckons he’s done fewer than 10 in the last two decades, and keeps journalists at arm’s length. In fact he seems to struggle with how he’s represented by others in general. “People expect me to make something so radical [and] I have to respond to their expectation correctly”, he says. Others, he says, “see me as ‘Japan’. Am I an artist? No! They see me as Japan … not even Japanese.” He says he has had to develop a set of ready responses over many years of being asked to explain the significance of Zen.

But he is not an easy artist to read. There is seldom any text or instruction accompanying his pieces, allowing people to project their own stories onto his work. His installation test pattern — an immense pathway of monochrome light that skips through binary and barcode patterns made from inputs of data — became a yoga studio and children’s playground when it took over the Drill Hall in New York. Ikeda had feared that its intensity might repel people; instead, seeing them “engage with the piece” in inventive ways, filled him with gratitude.

Ikeda seeks to envelop his audience in his work, meticulously measuring installation proportions in accordance with human scale. Data-verse, a video triptych of genomic data visualisations dissolving into planetary maps and scans of human bodies sliding into columns of code, plays on screens so large that they diminish viewers. The implicit message of human smallness in a vast universe is an upshot of the time Ikeda spent at Cern. “The mecca of particle physics” turned him, he freely admits, into something of an “anti-humanist”. Handed a set of keys and the freedom to roam the labs at will, he felt that the quest to resolve the mystery of the universe was premised on blind faith: the research performed by the scientists is “completely invisible”, so “unthinkably small that they can’t see it or touch it”.

Ikeda expresses a deep reverence for forces that are imperceptible. Mathematical science has grown into something of an obsession for him. Plunging deep into its theoretics, with the assistance of collaborator Benedict Gross – a Harvard professor – he has produced works inspired by mathematical disputes. He takes a similar view to the discipline as he does art. “There is no Chinese mathematics and French mathematics,” he says. “Mathematics is just one.”

There are further links he has spotted. Mathematicians “playing with numbers” strike him as composers organising their notes. Ikeda’s comparisons seem to be the result of his growing fascination with the limits of human perception and perspective. The more he scours the data he has mined from a range of sources — open source, Nasa, Cern — the more he marvels at the ignorance of the dominant species on our planet. Although he works “with a mass data set of DNA — human, animal, and galactic coordinates, stars, proteins and molecules”, he is struck by how insignificantly tiny, for a species that presides over our planet, the “human part” of the material is. The more he submerges himself in this material, the more, he says, he finds himself screaming “wow, wow, wow” in sheer amazement.

“The great thing about being an artist is that I can think about these things all day,” he says. And then he signs off: “It’s a total privilege. It’s totally useless.” 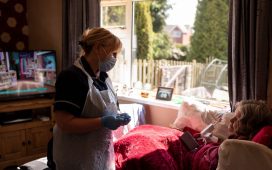 Strawberry moon Australia 2021: how to photograph the full supermoon on your phone or camera tonight 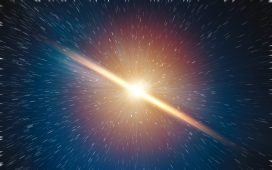 Understanding the Big Bang: probing the universe’s origins at Cern 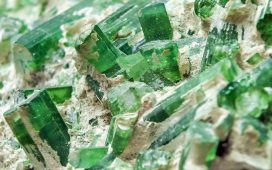 Do rocks and minerals control our destiny? 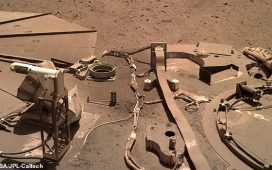