The Senate has begun an amendment of the Criminal Code Act, 2004, after considering a bill to that effect.

The bill sponsored by Senator Oluremi Tinubu (APC, Lagos Central) during Tuesday’s plenary in Abuja seeks the removal of gender restrictions on rape offences and a proposal of stiffer penalties for kidnapping.

The proposed amendment by the upper chamber of the National Assembly also seeks to delete the statute of limitation in cases of defilement.

In her lead debate on the bill, Senator Tinubu objected to the provision of Section 218 of the Criminal Code which stated, “Anyone who has unlawful carnal knowledge of a girl under the age of 13 or attempts same is guilty of a felony and liable to life imprisonment or 14 years imprisonment, respectively.”

According to her, the prosecution of an offender under the section constitutes a limitation that should be extended as against the Act’s provision which allows for only two months after the offence is committed.

“This is untenable in a country where investigations often take longer than two months,” the lawmaker was quoted as saying in a statement by Ezrel Tabiowo, a special assistant to the Senate President.

She added, “Considering the shortage of police personnel, relative to our population as prescribed by international standards, the two months limitation is unlikely to be met at all.”

“With the development and innovation in forensic technology and the accessibility or otherwise of such infrastructure in Nigeria, rushed investigations with a view to commencing prosecutions within a two-month period leave a possibility of a huge margin for error.”

The amendment bill also seeks an amendment to Section 221 of the Criminal Code.

The section provides that “Where a person has or attempts carnal knowledge of a girl being of or above the age of 13 and under the age 16, an ‘idiot or imbecile’, he shall be liable to imprisonment for a period of two years provided that the prosecution is commenced within two months after the offence is committed.”

The bill also proposes an amendment to Section 221, to substitute for the words ‘idiot or imbecile’, the words ‘mentally challenged’.

Senator Tinubu believes while words like idiot, moron, and imbecile are professionally used to measure Intelligence Quotient (IQ), they have acquired pejorative connotations, become derogatory and obsolete and should no longer be contained in the nation’s laws.

On rape, she noted said the Criminal Code Act, 2004, defined rape in Section 357 as an offence against women.

The lawmaker described the definition as “grievous,” saying it perpetrated the socio-cultural belief that men do not need to consent to sexual acts.

She, therefore, stressed that there were incidents of non-consensual sex perpetrated against the male gender.

Meanwhile, Section 364 of the Criminal Code under amendment proffers punishment of imprisonment for a term of 10 years where a crime of kidnap is established.

The law under the Act defines kidnap as “unlawful imprisonment of any person to prevent him from applying to a court for his release or from disclosing to any person where he is imprisoned.”

Senator Tinubu compared the penalties for kidnapping to that of robbery – which is 21 years and death – as provided by the Criminal Code Act.

“Why is the punishment for stealing property and replaceable things higher than what is obtainable when you steal a human being?” she queried.

The lawmaker added, “The frequency of kidnap across the Federation and its resulting trauma, not to mention the number of lives lost to the crime, makes it imperative to review our laws with a view to ensuring appropriate punishment for perpetrators and deterrence for would-be perpetrators.”

After the bill was debated, Senate President Ahmed Lawan referred it to the Senate Committee on Judiciary, Human Rights, and Legal Matters for further legislative work. 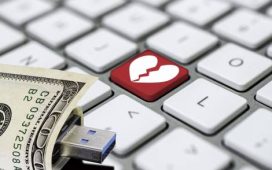