As someone who loves his flying full-backs, Liverpool boss Jurgen Klopp could be casting some admiring glances Southampton’s way on Saturday.

In Tino Livramento, the Saints possess one of the most exciting teenagers in the Premier League, outperforming some of the top flight’s best defenders.

The 19-year-old is a threat going forward but equally effective in defence and has developed into a key player for Ralph Hasenhuttl’s side, having missed just four minutes of Premier League action this season.

It has vindicated the youngster’s potentially career-defining decision this summer to turn his back on current Premier League leaders Chelsea to pursue first-team football, despite just being named Academy Player of the Year at the Blues.

Excelling in attack and defence from a young age

Winning such an award is not to be taken lightly given the vast wealth of talent to have come through Chelsea’s youth system over the years – previous winners have included Mason Mount, Reece James and Conor Gallagher, who are all now starring in the Premier League and playing for England.

While Livramento is firmly impressing as an attack-minded full-back he could feasibly have come through and excelled in any position.

As a boy he started out as a centre-back at his local Sunday League side Roundshaw but was later deployed as a forward and finished a season as the club’s top scorer.

“I remember my coach back then saying how I was an excellent finisher and had the pace that a winger needed,” said Livramento, who grew up idolising Cristiano Ronaldo because of his Portuguese roots from his father’s side.

“This gave me great confidence as a young boy and helped me continue to play such positive football.”

With a love of defending but a desire to attack, full-back seemed a natural fit for Livramento and it was not long before his ability at both ends of the pitch caught the eye of Chelsea’s scouts as he moved to the Blues’ academy in 2009.

Progressing through the youth ranks at Chelsea, Livramento got his first taste of senior football at 17, when he was invited by then manager Frank Lampard to train with the first team.

That may have been an option too for Livramento, but he had his heart set on a permanent move to become established.

“Me and my dad sat down in May and we spoke and thought the next step would be for me to push into a Premier League team, and we felt the better route for me was to leave Chelsea,” he said shortly after joining Southampton.

‘It wasn’t easy obviously, as I have been a fan for as long as I can remember and been a player there since I was seven.”

There was no shortage of interest – with Brighton, AC Milan and Monaco reportedly keen on the right-back – but it was a chat with Hasenhuttl that convinced him his future lay at Southampton.

“That was really attractive for me to see him expressing those emotions and showing how he sees me playing in a Premier League team.”

It will have helped that Hasenhuttl is a coach keen to give youth a chance.

Since the Austrian took charge three years ago, 11 teenagers have made their Premier League debuts for Southampton.

Saturday’s opponents Liverpool know all about the Saints providing players with the platform to flourish, given they have signed several who have performed well for the club over the years.

There are those such as Virgil van Dijk and Sadio Mane – key first teamers at the Reds now – and others like Nathaniel Clyne who, while not as successful as the latter two, also highlighted the strength of Southampton’s youth development, particularly with regards to full-backs.

Luke Shaw came through the ranks before earning a move to Manchester United while Gareth Bale also emerged as a left back before going on to star in a more advanced role after moving to Tottenham.

Current Southampton forward Theo Walcott said recently that Livramento reminded him of the young Bale when he first came through the ranks at the south coast club.

Strong in defence and a threat going forward

Hasenhuttl had such a strong belief in Livramento’s talent that he wasted no time in giving him his first start for the club – in the Saints’ Premier League opener at Everton.

It took many by surprise, not least of all Livramento’s dad who, as a lifelong Chelsea fan, was instead at the Blues’ game with Crystal Palace on the same day.

Livramento’s debut ended in a 3-1 defeat but he nevertheless impressed, earning one of the highest ratings for Southampton players by BBC Sport readers and he has got stronger every game, culminating in his nomination for October’s Premier League player of the month.

The stats speak for themselves. With excellent positional awareness, he has regained possession more than any other defender in the top flight, having done so 84 times in 12 games.

He has also won more duels than any other defender (85) and made the third-highest number of tackles, with only Crystal Palace left-back Tyrick Mitchell and Tottenham right-back Emerson Royal managing more (both 34).

Going forward his pace and direct running is also a real threat.

He is a constant menace to opponents, be it defending or attacking, and that has led to him being one of the most-fouled players in the Premier League.

He has already proved himself a bargain buy – his £5m fee reportedly lower than it might have been because he was in the last year of his Chelsea contract.

At Anfield on Saturday he will face one of his sternest tests yet, coming up against a team with two of the best full-backs the Premier League has seen. But it will also be a great barometer of just how far he has progressed. 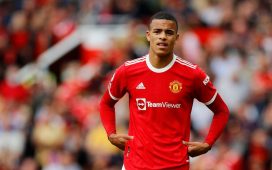 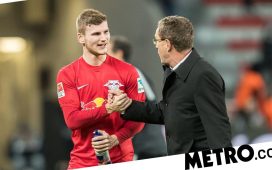 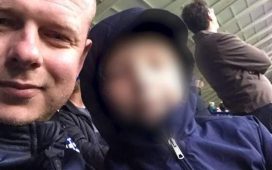 'Gambling adverts at games remind my son of his father's death' 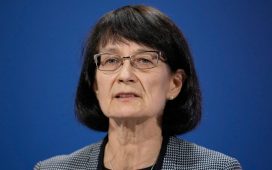 Omicron risk: where Boris Johnson and his scientific advisers disagree

‘I got to live my dreams’: Johanna Konta announces retirement from tennis