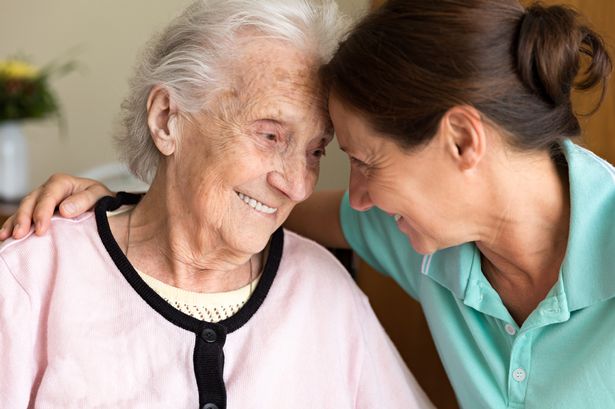 During the long tenure of this horrible killer virus there have been stories and reports of how hard the pandemic has hit so many individuals and families, with, as always, our elderly loved ones suffering the most.

For years, I had to watch both of my poor parents trying to deal with the cruel grasp of early-onset Alzheimer’s disease in their late 50s/early 60s – trying my best to care for them from a distance while holding down a demanding London-based career and bringing up two – at the time – very small ­children who were regularly bunged in the back of my car for the four-hour journey to Pembrokeshire to check on my parents.

The pandemic has brought back memories of those ­desperately sad times and my heart goes out to those with Alzheimer’s, as well as to their dutiful, stoic, permanently stressed-out carers.

It has also hit those with dementia – for whom the world is already scary, confusing and hard enough.

Over a quarter of all coronavirus deaths are of those who’ve been living with dementia, and are often isolated from social contact, and essential health and care support.

Family carers are, themselves, struggling to cope in the face of ­­care home visitor bans and often a lack of respite.

And, as if that wasn’t enough, the pandemic has also resulted in the Alzheimer’s Society being rocked by a £45million deficit in funds.

One of the casualties is Side by Side, a scheme in which ­volunteers spend time with people who live with Alzheimer’s, enabling them to do some of the things they used to do when they were in good health and could remember how to get back from places they’d walked to.

I have very fond memories of a lovely day out at a Leicester City v Chelsea game with a lady called Irene, a Leicester fan who lives with early-onset Alzheimer’s. Despite the team rivalry (and Chelsea’s victory!), we had a whale of a time.

It was immensely moving to see how much Irene got out of it. We cheered, occasionally jeered, jumped up and down and didn’t stop yelling and smiling, no matter which team had the ball (especially as Chelsea won!).

It would be terrible to think that if funding for the Alzheimer’s Society continues to flatline, Irene might not be able to get out to watch her beloved team at all.