Potatoes of all shapes, sizes and colours – collectively called imo in Japanese – feature prominently in the country’s cuisine. There are naga-imo, long, pale yams that are eaten raw or grated into a sticky mass to be slurped up with udon; sato-imo, or eddoes, which become deliciously fudgy and rich when simmered in dashi; murasaki-imo, striking purple sweet potatoes commonly used in sweets; and, of course, jaga-imo, or what we know simply as potatoes. These are sometimes baked, yes, but ovens are uncommon in Japanese home kitchens, so potatoes are often cooked in more creative (and frankly more delicious) ways, taking on a role more like a vegetable side than the designated carb. (Rice will always reign supreme in Japan, after all.)

A while ago, my friend and fellow Japanophile MiMi Aye, the author of the wonderful Burmese cookbook Mandalay, posted a photo on Instagram of one of her favourite indulgent comfort foods, a baked potato topped with butter, spring onions and copious amounts of salmon roe. Throughout the day, I kept returning to this image just to marvel at it (and drool a bit): it was at once rustic and luxurious, comforting yet exciting. The Ainu, an indigenous ethnic group from Hokkaido, make a similar dish called chiporo imo, a simple preparation of mashed potato studded with pearls of salmon roe and nothing else. There is something so satisfying about the combination, and I love how the two ingredients balance and complement each other: the little orange eggs season the bland potato with their salinity and add a lovely, textural “pop”, while the potato takes the edge off the roe’s fishy intensity. I know it’s just potato and fish eggs, but there’s something really beautiful about it.

Meanwhile, in a small bowl, mix the remaining soy sauce with the salmon roe and mirin, and put in the fridge to marinate while the potatoes bake.

Remove the potatoes from the oven, leave to cool slightly, then unwrap and split open in large chunks. Melt the butter over the potatoes, spoon over the salmon roe mix and garnish with the chives.

Cheese dakgalbi is an indulgent Korean dish that’s incredibly popular in Japan. Its appeal is self-evident: chicken and vegetables sauteed in an intoxicatingly tasty chilli sauce, then pushed to the sides of the pan to make way for a lake of liquefied cheese. It’s like Korean barbecue meets fondue, and if that combination doesn’t immediately ring your bells, then I’m not sure we can be friends. To turn this into a full meal, serve with parboiled tteok (Korean rice cakes), or plain rice or noodles, with a lager or soju alongside.

In a large bowl, combine all the ingredients for the sauce, then toss through the chicken pieces and leave to marinate while you prepare the rest of the dish.

Set a nonstick or well-seasoned cast-iron frying pan over a medium heat, then add the oil, sweet potato, carrot and onion, and saute for about five minutes until the vegetables have softened a bit and browned slightly. Add the cabbage and cook for another three minutes, until it has softened and wilted. Add the chicken and all of the sauce, and cook, stirring frequently, for eight to 10 minutes, until the chicken is cooked through and the sauce has reduced to a nice, thick glaze.

Push the contents of the pan off to the sides to make a well in the centre, reduce the heat to as low as possible, then add the grated cheese followed by the processed cheese on top. Once the cheese has melted, garnish with the spring onion, then eat straight from the pan by dragging the chicken and vegetables through the molten cheese. 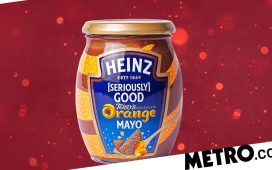 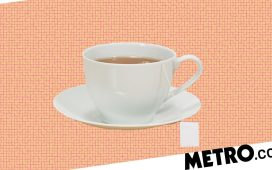 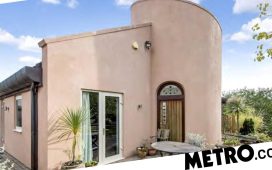 Curvy Seashell House from Grand Designs is on the market for £1.45million